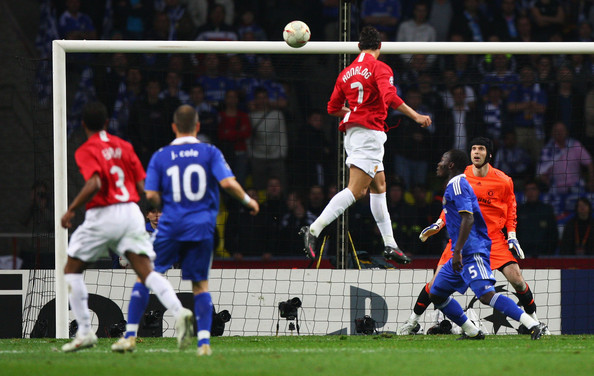 Real Madrid’s star-man Cristiano Ronaldo has recently admitted he misses life at Manchester United after leaving the club in 2009.

Despite managing to score 140 goals in 139 appearances for Madrid, Ronaldo claims he still has cherished memories of the time he spent in Manchester under Sir Alex Ferguson. However, the former Ballon dOr winner has yet to win the league title in Spain, although they’re in a good position at the moment after beating Barcelona 2-1 at the Nou Camp last weekend.

The 27-year-old told ZOO Magazine: “I speak with Sir Alex sometimes and of course I miss Manchester. It felt like I left a family back there because I spent six years with all those guys and I still have a very good relationship with Ferguson and the rest of the lads. I still speak with Rio Ferdinand, Nani, Anderson and Patrice Evra. I still see them as a big family, so of course I miss them. I especially miss the apple crumble and custard they served at Carrington after training — it was amazing!”

When asked what it was like working under Ferguson and what he missed about being around the Scot, Ronaldo smirked and replied: “Ha! I miss his good moods all the time! Always happy. Ha ha! But he always had a good energy around the players and the team — and I miss that.”

Real Madrid face Bayern Munich tomorrow night in the second leg of their Champions League semi-final tie. I’m sure Ronnie will be hoping to add a second European Cup winners medal to his collection.