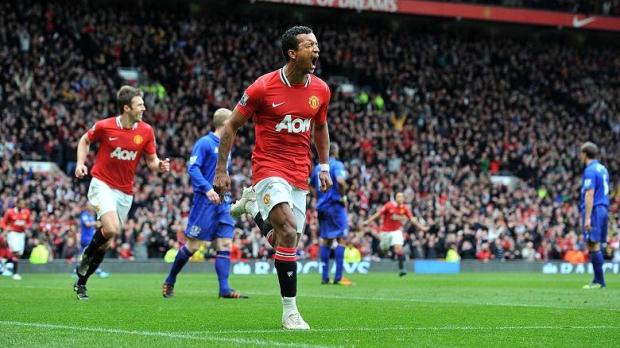 Manchester United winger Luis Nani has publicly admitted a lack of concentration was to blame for the disappointing result against Everton yesterday. The Manchester Derby next week has become even more nerve raking with only three points separating both teams but City’s goal difference is something to be wary about.

Ferguson will make sure his players don’t bottle it next week because if they do, City will go back on top thanks to an impressive goal difference. The blues sent Wolves down to the Championship yesterday after a 2-0 win at Molineux.

“There is anger from the players,” said Nani. “The concentration was not the best in the last few minutes – that’s why they were able to create chances and score goals. We had a lot of possession and played some fantastic football in attack. But we conceded too many goals and we’re not happy about that.”

It wasn’t the only result United fans can feel left down by either. Dropping points to Blackburn, Newcastle and Wigan since the beginning of the year has hardly helped us in any shape or form. Although, if you told us that we would be three points ahead with 3 games remaining, at Christmas, we would’ve taken your arm off.

When asked whether he believed United could go on and secure a 20th league title, Nani replied: “Of course. We have to keep believing in our qualities because we still have a great opportunity to win the title. It’s a huge game [at the Eithad] – there will be a fantastic atmosphere there. It will be a difficult game, but if you want to win the league you cannot think about the atmosphere or the opponents, we must just think about the way we play and try to win the game.”