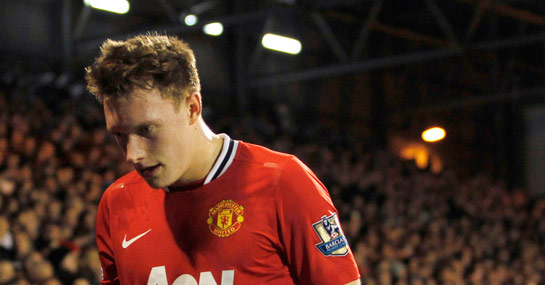 Many eyebrows were raised when United counterparts John O’Shea and Wes Brown were unveiled in the red and white stripes of Sunderland last summer. Not least for the low figures that lead United to agree to offload the pair, but the fact many felt that the two, in particularly O’Shea, still had a fair share to offer the team. In a summer that saw experienced players such as Gary Neville, Edwin van der Sar and Paul Scholes all depart the United team, it was strange that Ferguson was willing to offload two long-serving United players that would have promised such experience to what was a young squad.

Some may argue that it was part of his plan all along. Mobilising players like O’Shea and Brown would help place United in to a period of transition. Out with the ‘old’ and in with the new. Ferguson is renowned for re-developing his team quickly and effectively. Although the experience lost from O’Shea and Brown was rather large, 19 year-old Phil Jones was the player tasked with covering their loss and the burden was placed on his young, yet rather broad, shoulders. Jones had only one full season of first team football before he was drafted in from Blackburn Rovers by Fergie, but United fans alike were certainly excited to see the youngster in action while wearing the Red shirt.

The similarities between the three of them are stark, and it’s for that reason that I believe it’s no coincidence Ferguson chose Jones to be one of his signings over the summer. For starters, all three of them share the fact they’re defenders. Again John O’Shea and Brown were firm favourites with United fans over the years, and similarly Jones had an excellent relationship with his fans during his time at Blackburn. O’Shea, primarily a defender but also more than adept at playing his cards in midfield, was given the crown of ‘Mr Versatility’ during his time at United. That title, possibly a bit of a poison chalice, has been handed over to Phil Jones this year after we’ve seen him play in three or four different positions.

I mentioned how many were surprised at the timing of their departures, and Brown and O’Shea’s exits may well have been down to the premature arrival of Jones. United wanted Jones before he even properly broke into the first team at Blackburn, but Liverpool forced United’s hand over the summer when they had their own bid accepted. It has been said Ferguson wanted to wait another year before he went for Jones but, in order to get him at all, he needed to do it earlier than he wanted. United’s wage bill, being used to fund other signings as well as simply paying the current crop of players, couldn’t handle paying out the large amounts to keep Brown and O’Shea at the club. Therefore, with two eyes fixed firmly on the future, Ferguson chose to offload the two and concentrate on youth.

The decision, although painful for some at the beginning, looked a great one at the start of the season. It’s always sad to see two players you love leave the club, but Jones’ excellent performances at the start of the season were useful in turning the focus towards looking forward. With Vidic, Rafael and Rio all recovering from injuries during the early stages of the season, Evans, Smalling and Jones covered their roles excellently. Everybody could see Jones had some problems defensively that needed ironing out, but for a young player he was showing massively encouraging signs. Whether he was playing at right back or in the centre of defence, people were more than happy with Jones’ efforts. He was enjoying his football and so were we, as United hit the ground running with excellent early performances against City, Arsenal and Bolton.

The way Jones would bomb forward and attack, regardless of his position, encouraged some to make remarkable comparisons. Even Sir Bobby Charlton got in on the act, rather unbelievably but respectively comparing Jones with the late Duncan Edwards. Edwards was known for being a powerhouse defender with a similar stature to Jones. Edwards’ attacking mentality often saw him bag loads of goals, despite being the heart of United’s defence during the Busby Babes era. I was never going to question Sir Bobby’s judgment on Jones, but the comparisons just seemed remarkable. Nevertheless it was nice to see another young player get given the chance to play and doing so well.

Despite such a strong start to the season, Jones’ form has dropped off since the days where Charlton reminisced over his old teammate. The drop in form is nothing out of the ordinary; a young player who does so well at the start of the season is normally going to come down with a bit of a crash. Although it’s disappointing for some, especially after comparisons to Edwards, it simply had to be expected. The exact cause of Jones’ loss in form is, and will remain, unknown; have some of the small knocks and injuries got to him? Has he, if you pardon the pun against his inability to not fall over, failed to keep his feet on the ground following the praise he’s had? Or, as John O’Shea and many other players have had before him, is he just a victim of his own versatility?

I for one, think it’s down to his versatility. Ferguson’s a stickler for players who can play anywhere, and it’s fair to say he always utilises them to the maximum. But this time it’s worked against Jones. As we began to hit out tough patch, Ferguson started to mess around with Jones and where he was going to play him. Some games Jones would be playing at right back, but then the next game would come around and he’d be pushed forward to central midfield. Jones has definite talent playing in midfield, as he does everywhere I’ve seen him play, but it didn’t half take away some of the momentum he’d built up. The return of Scholes has meant that Jones hasn’t had to play in central midfield recently, but it’s fair to say that ever since his stint in midfield he’s not been the same.

But it’s for this reason that I refuse to say Phil Jones has had a poor, or even an average, season. In all honesty I think he has been fantastic. At the start of the season he was brilliant, and although he’s lost his momentum, we can’t blame that all on him. Playing in midfield definitely had its toll on Jones and he’s struggled to find any real form since then. At the start, when Jones was so impressive, he was consistently in the team because of the injuries we were succumbing to. Since Scholes has come in and cemented a place in the midfield, and Rafael has come back from injury to claim his right back position – Jones hasn’t had the luxury of playing week in, week out to help find any form.

With no positions left, Jones’ role has changed from the start of the season. Jones can no longer focus on a certain position; he doesn’t know where he’s going to play. Instead of having a place to play for a whole match, Jones has been regularly coming on as a substitute. Yes, even the few games Jones has started lately he’s been below par, but his confidence isn’t sky high like at the start of the season. And believe me; for a young player, confidence is very, very important. Despite this, Jones has remained relatively positive and has still been a useful player throughout the season. People forget it but he’s still remarkably young, and when he gets another string of games in starting line-ep, we’ll once again see the true glory of the man who’s become known as the ‘Preston Pele.’