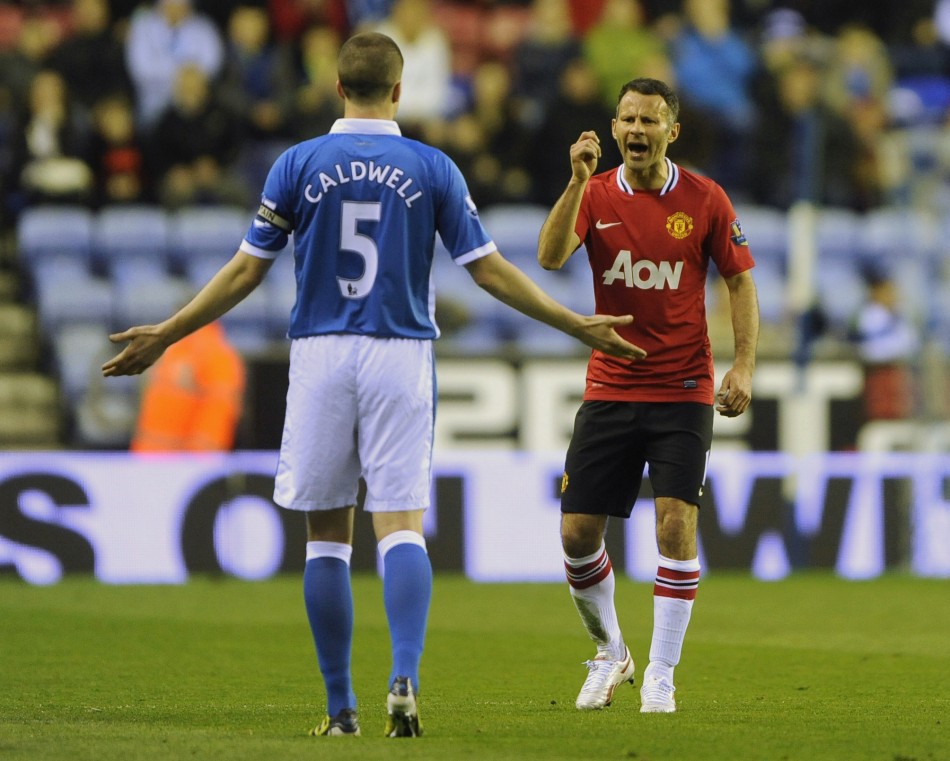 Is New Year’s Eve Ground Hog’s Day, too? Based on Manchester United’s performance in their 1-0 loss to Wigan Athletic, many would think so.

This was certainly one of the worst displays by the Reds since they lost to Blackburn 3-2 at Old Trafford on Sir Alex Ferguson’s birthday, as they dropped points -never mind losing – to the Lactics for the first time since Wigan was promoted to the Premier League in 2006/07.

The result for Wigan, a stretch of 13 games, was fully deserved, as nobody in their right mind with a Red shirt on could have any faults with the result as it stood, but let’s look at some of the major talking points from the match.

First, the performance was abysmal and no matter how much you try to put gloss on it, it was very dull and disappointing. Wigan set forth with a typical Roberto Martinez approach – play the right way and hopefully your chance will come. Well, it did – and on more than one occasion, too!

There has been far too much conversation about officiating lately, and it will continue to be a major talking point after this game, as well. Wigan had a perfectly good goal disallowed by the linesman in the first half – but don’t worry Phil Dowd made up for it the second. Victor Moses, one of the smallest players on the pitch, somehow headed the ball in from a corner kick, but the linesman, some 50 yards away, decided that there was a foul on David de Gea and raised his flag to prevent the celebrations from the half-empty ground of Wigan fans. Well, Dowd, who gifted United a generous red card in the first encounter, was always going to play a part in the result and, low and behold, he did. The home side were awarded a corner when the ball clearly went off a Wigan player – that’s why they were different colored uniforms, right? Take nothing away, because they still had a lot to do – but we allowed them far too much time and space in the defensive-third – so Shaun Maloney to pick his spot – and he did brilliantly!

Despite being on the back foot for the entire first half and up until, United had time to make amends and pull a result – or a draw out – but, unfortunately, there was no desire or will to do just that.

Sir Alex made some head-scratching decisions with his substitutions, which certainly put his team up against it. The first being, yanking off Ashley Young, who is becoming on the new scapegoats for everything that is wrong, in place of Thomas Cleverley. That move pushed Ryan Giggs, who was one of the most disappointing performers in the first half outwide – or so we thought. Well, this actually put the player who has scored the most goals for United out on the left – Wayne Rooney – and let the 38-year old play up off of Hernandez. That didn’t work, so what did Ferguson do? Subbed Hernandez and Rooney off in favor of Welbeck and Nani, who is now fit for the remaining five games, which, to be fair, he did inject some life into the attack. However, down a goal.

The most amazing part of the game was the substitutions from Sir Alex. None of them made sense and certainly did not help the team to get back into the game. How are you suppose to win a game from a goal down when you have one center forward on the pitch? There were times when the ball was out wide and there was only one United player in the box – and it wasn’t even Welbeck!

The telling story of the game was this: play your best players no matter what. Paul Scholes wasn’t even on the bench, but you can bet your month’s salary on it that he would’ve changed this game – even as a sub. Composure is everything, and he has been blessed with that in leaps and bounds and it spreads like wildfire throughout the team when he is there.

Yes, Manchester United are still five points clear of their bitter local rivals and this will just be a little blip on getting the Premier League trophy nestled in to it’s rightful place – Old Trafford.

2 responses to “Reaction to United’s deserved loss to Wigan”