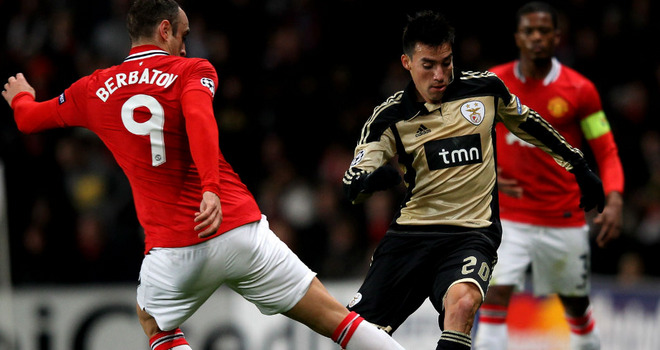 Portuguese newspaper, O Jogo, today claimed that Manchester United have verbally agreed to sign Nicolás Gaitán from Benfica for £22million. United have been strongly linked with the Argentine since late 2011, so speculation of this sort doesn’t come with much of a surprise.

Gaitan had a good Champions League campaign this year, showing a great deal of creativity on Europe’s biggest stage. However, the 24-year-old midfielder still has another four years remaining on his contract with a clause worth £45million. This means United will probably offer an exchange of two or three players along with the £22million which is being reported.

The reaction from United fans has been hit and miss. Some have said he’s not as good as others have made him out to be which is fair enough. I personally think supporters take evidence from YouTube too seriously nowadays when scouting players, forgetting about how these clips never show the mistakes each footballer makes.

This is just paper talk for now, so I wouldn’t advise anybody to get excited over it. Although, I do expect Ferguson to do his business early on in the transfer market for various reasons.