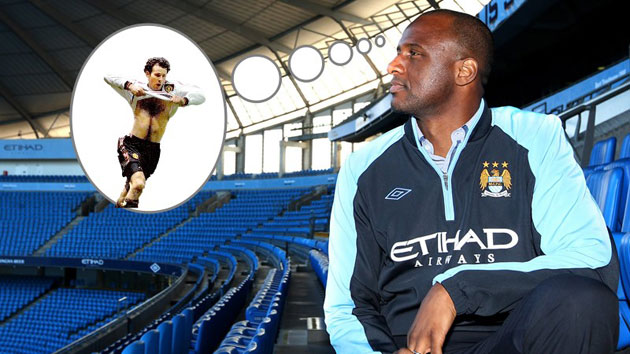 Every year, on the 25th March a few friends gather together for dinner in a low quality restaurant and a good fucking moan about Manchester United. They might be complaining about the obvious favouritism that United get from officials, or maybe the fact that the Financial Fair Play was conceived to suit Glazernomics or perhaps just the pure unfairness that United have won more titles than anyone else.

The personnel depends on their commitments at the time but suffice to say that Kevin Keegan and Martin Keown are normally available. The idea of the gathering is to try and find a way to de-rail United as the end of the season nears. In 2008 the collective suggested that John Terry should wear a much lighter boot, with smaller and less robust studs. In 2009 they suggested to poor Rafa that he went to the media and made a case for the opposition, banging on about the benefits that United get while highlighting the referee’s shortcomings to the press. Neither strategy worked too well.

This year the group was refreshed with new members and some older hands that had been absent for a while. Dalglish was there, still planning another return to St James’, sorry, should probably use its new official title, the stadium of shite trainers, awful designs and cheap towels.com. Alan Hansen was there with his life partner Mark Lawrenson and on these occasions all they could manage to do was drink an inconsiderable amount of dirty martinis and get themselves lubed up for a night of rimming and fisting at the local Premier Inn. A good night guaranteed. And then there is Colin Murray. Colin Fucking Murray. Remember when you were at school? Think about the slowest and most annoying child in your class. He/she was probably very red cheeked and those cheeks were probably flecked with a cocktail of bogey and spittle, that had become crusty. They were almost certainly wearing soiled pants yet completely oblivous to the continual leaking plume of faces that adorned their trousers. This, ladies and gentlemen is Colin Murray. He snuk past the recruiters at BBC, although saying that I think the HR team has long since been disbanded, seeing they have given paid employment to troubled souls like Edith Bowman and Nick Grimshaw. Colin Murray likes Liverpool almost as much as he likes feeling the crunch of cornflakes in his vest and he makes MOTD2 entirely unwatchable with his smug yet infnatile presentational skills.

However, this year the lunch group were joined by two more; Patrick Vieira and an old chum Rafael Benitez. Spend just a monent thinking about that and then try and tell me how you would ever put those two together. Any ideas? NO. because their can only be one scenario, trying to de-rail United and between them they have failed miserably over the years. Vieira did manage to win the title a couple of times at our expense but everyone’s over-riding image of him will be stood with tears in his eyes after Roy Keane had told him exactly what was coming next if he persued his disagreement with Gary Neville. However Vieira took heed from his dinner colleagues and after consulting with David Platt (the lad from Cornoation street, not the hideously burned and disfigured City coach), Pat decided to take his thoughts public, if he could only disctract Sir Alex and his majestic Reds for one game that might be enough.

Pat called a press conference and despite what you might read from other much more reliable sources this is the transcript of the event. “I have no doubt that Manchester United get an advantage when they are playing at home. Lots of cars park in their Audi car parks and sometimes people check the time on the great big Hublot clock outside the stadium. The road right outside is called “Sir Matt Busby Way” and they play in red, which is the same colour as the seats in the ground. These things are all direct indicators of the level of bias in the Premier league. But what about looking back into the past dealings of Sir Alex Ferguson? Can anyone remember the mysterious disappearance of Shergar? How about the death of Freddie Mercury? More recently the demise of Amy Winehouse and Margaret Thatcher (actually she may not be dead yet).”

After a quick break to establish if the Iron Lady had indeed passed away, Pat got stuck back into it. Rather than re-take center stage for himself he introduced his guest speaker, Rafael Benitez. As Rafa stood up to talk, the irony levels became unbearable for most journalists and two were removed from the room with severe comprehension difficulties (#prayforjournalists). Rafa stood and held the crowd entranced for nearly 17 seconds, before he launched into his diatribe about resisting mind games. At this point the kettle got up and called the pot black before limping out and returning to gainful employment as a wine waiter at chez merde in Luton.