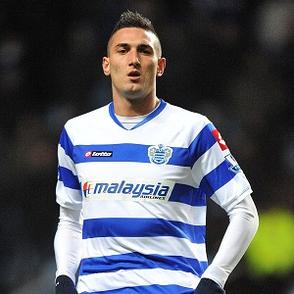 Federico Macheda has been sent back to Old Trafford after his loan spell with QPR was cut short after the striker picked up a lengthily ankle injury, ruling him out of the remaining Premier League fixtures.

Macheda joined Queens Park Rangers on loan in January when Neil Warnock was manager but quickly fell down the pecking order once Mark Hughes took over. However, Sparky didn’t give him much of a chance before bringing in the likes of Bobby Zamora and Djibril Cissé. Sounds familiar, doesn’t it?

Last season Macheda was loaned out to Sampdoria in January where he was first expected to improve as a footballer and hopefully come back a step closer into United’s first team. He was seen as a temporary replacement of the voids left by Antonio Cassano and Giampaolo Pazzini. His time at the club was nothing short of a nightmare, going 14 games without scoring a goal for the club that were later relegated.

To stand in Kiko’s defence, the manager that brought him in was sacked shortly after. Domenico Di Carlo replaced him and didn’t seem too interested in Macheda which meant his opportunities were limited. Sort of like his relationship with Hughes.

What’s next for Macheda? My guess is as good as yours. However, the big question is whether he’s been unlucky or is he just not good enough? Personally, I can’t see him breaking into the first team anytime soon with Welbeck, Rooney and Hernandez in the front seats. Berbatov hasn’t got enough opportunities this season so what would make you think Macheda would?

10 responses to “Macheda back but for how long?”