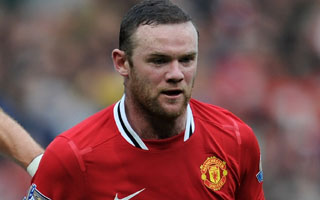 Manchester United put in a brilliant flowing performance today, which was reminiscent of their early season form, to defeat WBA 2-0, and in the process go back to the summit of the Premier League.

United didn’t have it all their own way in the opening exchanges, however. In fact it was West Brom who had the 1st chance of the game. A Liam Ridgewell cross was nearly converted by Keith Andrews, but at full stretch he could only poke wide of David De Gea’s goal. West Brom also forced De Gea to be at his best when a 16th minute, 25 yard, free kick was deflected, leaving the United keeper needing to be at full stretch to get his finger tips to it and turn it away.

Until that point United had been rather lack lustre, despite Sir Alex Fergusons rallying cries in his programme notes. However, they started to find their feet once Paul Scholes started to find space in the centre of midfield, and once again it was he who dictated the game. The threat posed by United though was coming from the left wing and Ashley Young, who was the games outstanding player. He, along with Scholes, Rooney, Evra and Hernadez, produced some beautifully flowing football which looked more and more likely to tear WBA apart sooner rather than later.

With Nani picking up an injury prior to todays game Sir Alex opted to play Danny Welbeck on the right wing. With the work rate and pace of Welbeck United had genuine threats from both flanks. With Welbeck out wide Javier Hernandez was given a rare start. As is normal he always played on the shoulder of the last defender and, unlike recent starts, found himself far more involved today.

Indeed it was Hernandez who played a major role in Wayne Rooneys opening goal. With space wide in the box he cut in and fired a shot towards Ben Fosters far post. It looked like Foster would have had it covered if it hadn’t been for the presence of mind displayed by Rooney who darted towards Hernandez’s effort and cleverley lifted the ball over the sprawling Foster.

Having looked off his game in the week against Bilbao, Rooney today looked far sharper and was putting in a fine display. Prior to his goal he was unlucky not to have converted a deep cross from Young. Stretching to reach the volley he could only direct the ball softly towards goal. It was a difficult chance to convert, but it outlined Uniteds intentions.

Now one up, Uniteds flowing football only improved towards the halftime break. Ashley Young continued to terrorise the West Brom defence but as it was United had to settle for just the one goal advantage as the referee closed the half. The football produced however, deserved more.

It was West Brom who began the second half with the greater intent and maybe could have been awarded a penalty when Patrice Evra looked to have tripped Peter Odemwingie in the box. The appeals were surprisingly half hearted and they were turned away. Replays showed that he was certainly caught, and even if he did go down a little softly, there would have been few complaints if the penalty had been awarded.

Almost immediately United went on the attack and almost doubled their lead. A quick break lead to an Hernandez shot which thundered against the post and cleared away for a corner. The resulting corner had United fans on their feet again when Rooney brilliantly improvised an overhead kick, only to see it gathered by the grateful Ben Foster in goal.

The Reds were now in the ascendancy and really should have seen Danny Welbeck score their second after long ball resulted in a defencive mix-up. Having fooled Foster he found himself on the end of the initial long ball but with the open goal beckoning his full stretch half volley, from a tight angle, went agonisingly wide. It was a harder chance than some may think, but none the less should have finished it.

Uniteds task become a lot easier just after the hour when WBA were reduced to 10 men. Olsson was shown his second yellow card of the game when he brought down Hernandez with a late tackle.

With 25 minutes remaining, United sensed blood and looked to finish the game. Young and Rooney combined well before Young found Welbeck unmarked in the box. It wasn’t to be Welbecks day though as his shot was blocked and the ball cleared in the resulting scramble.

It was fitting that Young, who continued terrorising the WBA defence, whos ambition to get to the bi-line won United a penalty in the 71st minute, by being bundled over by Andrews. It was Rooney who stepped up to score from the spot. Sending Fostser the wrong way he put the game beyond West Brom.

With the game now won Ferguson chose this to be the time to reintroduce Paul Pogba back into first team action. With rumours rife during the week that he had agreed a pre-contract with Juventus the news that he had been included in todays squad was promising. By bringing him on, for Paul Scholes, it’s hard not to speculate that he will now be staying at Old Trafford. The latest whispers are that he will be signing a four year contract shortly.

Tom Cleverley also made his return when he was brought on for Welbeck. Good news that may be, but on the negative side Welbeck may have gotten a know.

There was little let up from United, who were hungry for more goals. Hernandez came close once again, and Ashley Young  should have capped off a magnificent performance with a goal himself, but somehow headed wide.

At the other end, De Gea had very little to do, other than the first half save and claiming a few crosses. So it was good to see him alert in the dying minutes when he produced another fine from a Shane Long shot.

There may not have been any more goals, but there was still to be one last roar from the Old Trafford crowd. It is rare that United and City play their games at the same time. When they do though another dimension to each match is given, especially when there are tricky opponents involved. It is hard not to have  a peak at how you’re rivals are doing. So when a WBA goal kick was met with a small cheer, which grew loader and started to make its way around the ground, it could only mean one thing: City were losing. They were. They did.

The most important thing today was the result. It didn’t have to be pretty, but the fact that it was, especially after two or three poor performances was a bonus. City losing, meaning United were top, just capped off an excellent day for Manchester United. There is still plenty to do and there is bound to be more twists and turns along the way, but United fans (even if they don’t admit it) can’t help but feel this could be another memorable title winning season.