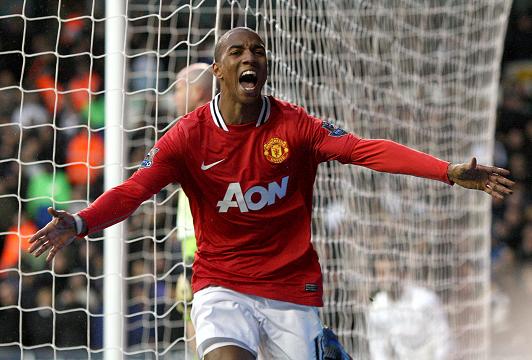 Ashley Young has warned City that Manchester United are going to fight until the end in attempt of retaining the Premier League crown. The winger also made it clear that he is determined to start every game now that he’s back fit.

Young, who scored two after assisting Rooney in Sunday’s 3-1 win at White Hart Lane, says that the squad is full of confidence and believe they’re capable of winning their remaining fixtures which would guarantee a 20th league title.

“So as long as we keep doing that, we’ll be okay. We’ll just concentrate on ourselves, take each game as it comes. We’ve just had two tough away games at Tottenham and Norwich. Every game between now and the end will be tough.

“I’m getting back to my best. Any player is disappointed when he’s injured. I’ve needed to get myself back fit.

“I’m ready to go and champing at the bit now. I want to play every game. We have to play each game as it comes but it’s exciting times.”