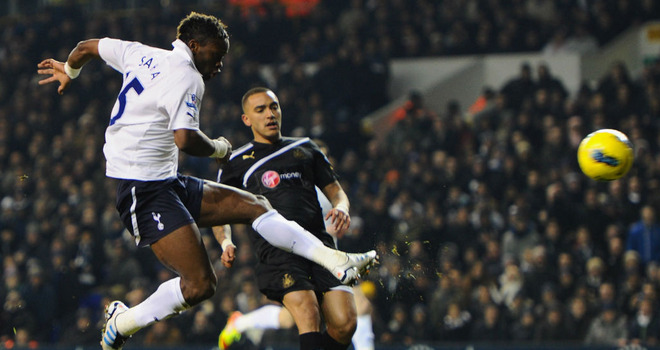 Saha spent four years at Old Trafford from 2004 to 2008, scoring 42 goals in 124 appearances. The striker picked up two league medals during his spell and was a member of the squad that won the Champions League in 2008. He then moved to Everton after struggling with injuries.

Since signing for Tottenham Hotspur on transfer deadline day in January, Louis has been recalled from the French international team before scoring three goals in as many games. Nobody ever doubted Saha’s ability; only his fitness.

However, Spurs are reported to have a number of players out injured for the game so we expect to see Saha start, therefore, he will be hoping to continue his prolific start against one of his former clubs.

Ferguson said in an interview with Inside United: “I don’t know the circumstances behind Louis Saha’s transfer but Everton were happy to let him go.

“And then he goes to Spurs and scores two goals [vs Newcastle]. That’s typical of Louis. He’s got tremendous talent, he just doesn’t play enough.

“He is a handful, no doubt about that. He’s got two great feet, he’s quick, he’s got a good spring in the air. There’s no doubt he is a handful.”