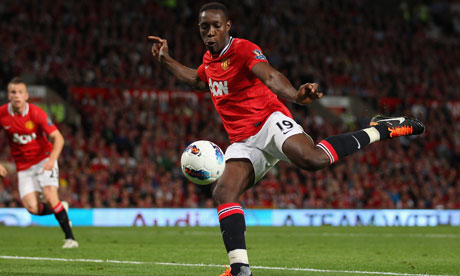 Danny Welbeck has insisted that he is hungry for Manchester United to retain the Premier League title and beat City in the run-in.

With the Reds sitting just two points behind first-place City in the league table, it’s important that we go on a good run of wins without showing complacency against the smaller clubs. And City showing no sign of cracking under the pressure with 12 games remaining, making a run of wins essential if we’re serious about being champions again.

Welbeck has made a real impact in the squad since the start of the 2011-12 campaign which adds to his desire of getting a league medal. He has taken all his first team opportunities brilliantly and scored 9 goals so far this season.

“I was just talking about it before (recently) in the canteen with Tom Cleverley. Clevz was biting his fork as well as his food and growling.

“We both want it so much. I don’t think anybody understands how hungry we are for this title. We want to fulfill our dreams, win the title and keep winning and keep winning. There’s nothing going to stop us.”