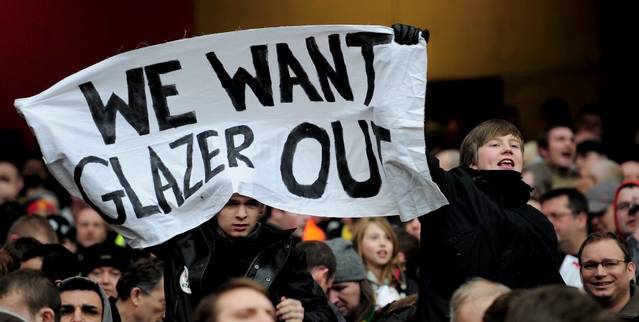 If you’ve read the Manchester Evening News or the BBC headlines today everything sounds great, maybe apart from the lack of Champions League revenue for next year is the only negative they’ve written but lets be honest its not only negative. The Guardian for me have written a much more realistic story but everyone can view the results at mufplc.com. Its all great having a percentage rising in revenues but as we’ve seen at Rangers that doesn’t mean anything if your expenditures are out of control. First of all the the bank balance of the club has dropped by an astonishing £99.7 Million in just six months. Yes £47m was spent on Young, De Gea and Jones but that still leaves £52.7m missing that was there six months ago. Some of has been spent on buying up the bonds which is the debt club owes, some of it is because of investment into the stadium and some of it will because of an increase in wages. Considering quite a number of players like Brown, O’Shea and others left the club but its surprising that the wage figures have still risen. For those of you asking why other areas of the team haven’t been improved upon whats already been spent today you have your answer. Wages (even if players have left), buying up debt and investment in the stadiums executive facilities.

The Manchester United Supporters Trust has also out a strong statement condemning the owners over the way the club is being run. I’d join them in that. Since 2009 when Ronaldo went to Madrid, £225m has left the club on interest payments and buying up debt. This was originally the owners debt but they have been for years using the clubs money. So if there is anyone asking where the Ronaldo money went. That £80m plus another £145m of the clubs money has been spent on debt. A total of £92.8m has been spent buying back bonds which many would argue could be spent on the pitch, in the stadiums or on lowering ticket prices.

The BBC are quoted as saying “Match day revenues (up from £52.4m to £54.5m)” but they forget the big picture. Ticket prices were increased last season so I’ll find it insulting if anyone aims to use that as a good point. No doubt ticket prices will again rise in the coming seasons pushing more and more fans out. Lets not forget since 2005 many fans will have given up season tickets and now its not impossible to get a ticket like in the old days.

In the coming months there will be more rumours on the now famous delayed IPO the Glazers have been planning and again the questions will be where will the money go. I firmly believe it should go to pay down the debt which is on the clubs books and any of the extra funds should to go to the club to reimburse the money which has been taken out. I doubt they could ever make enough to do that and sadly again many believe it could leave the club to deal with the Glazers own problems in the United States rather than do the best thing for the club.

3 responses to “United spend £225m on debt and interest payments”