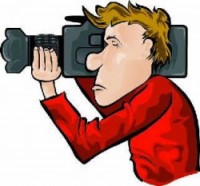 It feels as though, every week, the call for technology in football grows tenfold, with yet another incident of an ‘unacceptable’ mistake being made by one of the many over publicised officials. Yet many don’t allow themselves to stop and think of the consequences to the worlds most popular and widespread sport, should technology be allowed to infiltrate its roots.

In a month which has felt more filled by the controversy in the game, than the game itself, started by a debatable red card for a Mr. Vincent Kompany in the Manchester derby, then followed by a string of other incidents across the country, the call for the inclusion of video technology during play grew, as it always does, in the tabloids and pubs of the land. Yet I question whether the football fan would enjoy the Sunday pub trip, or the Monday morning ‘banter’ quite as much, should the game be fine tuned by the video camera. The controversial issues which, in turn, win or lose the game for your side may be annoying, frustrating, angering, but all fall as part of the game, that all those who don’t stand to lose a job or finance in, would be shamed to be without. A great part of keeping this broken, socially destroyed, Britain together is that of sport, and yet no other sport offers the heated discussions, the hour-long debates, or the moment of pure ecstasy as your side wins a crucial game, controversially or not. Never have I been sat in a pub, or bar, and heard someone so heated on an issue relating to cricket, a sport that many are using to justify that technology works. Though the referee can be an annoying fellow, or the ‘bane’ of your teams’ season, but without their mistakes football would fall into a mire where the tabloids would search for anything to comment on. I agree that the referee shouldn’t be a ‘celebrity,’ infamous or not, and that it’s their system which should be reformed, not that of technology.

I was as upset and as angry as the next man when ‘that goal’ was never allowed against Germany in the World Cup, and was also there calling for goal-line technology, but again I feel we are asking for too much, without consideration of the game. It should be the refereeing organisation that should be re-orgainsed, re-established, the rules to be fine lined and reprinted, to solve the problems we have; the officials. Although that may not eradicate some of the major mistakes, it will at least protect the game from, what I fear will be, the end of the atmosphere, the disappointment, and the overall passion that you get from human error. For example, never again will an opposing fan be able to accuse a Howard Webb of favoring Manchester United, or complain that a Mark Clattenberg or a Chris Foy has a particular dislike for their players and club, an excuse used favorably, and regularly throughout football debate.

I am in no way claiming that the game is perfect without technology, or that it isn’t irksome when an almost obvious decision goes against your team, in fact I’m saying quite the opposite. But it is because of that that this sport is the greatest out there, it is because of those mistakes, as opposed to retakes, that makes the Monday morning sports news channel, or tabloid back-pages, so intriguing, so interesting and what we all love about the game. Should technology be included then the real issues will never be fixed. Before we try and jump football into the twenty-first century, we should think about what that would do to the game we still love, born from the nineteenth-century.

4 responses to “Video technology in football: The in-demand “death” of the beautiful game”