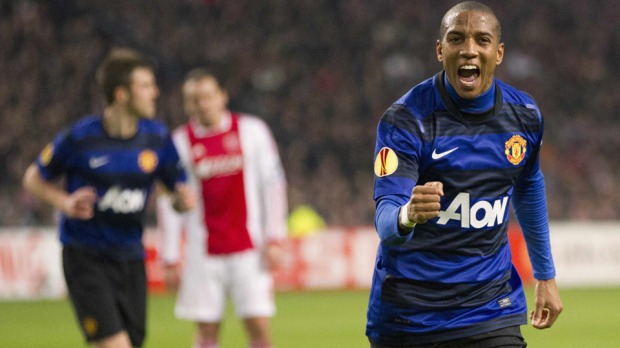 On the 7th December, we saw United crash out of the Champions League, after defeat at Basel saw us finish third in our group. As United fans, disappointment obviously followed, as we then found ourselves joining the Europa League, known to fans as the “Mickey Mouse Cup” of Europe, not anymore…

The Europa League includes some top European clubs, with some great history this year, with our noisy neighbours taking part, as well as Valencia, Athletico Madrid, and our first challenge – Ajax, who have ruled Europe and won the Champions League four times.

The Amsterdam Arena was buzzing from start to finish tonight, but the play on the pitch told a different story. We saw no real chances created by United in the first half, other than Nani’s shot from an awkward angle, which was effortlessly tipped away by Kenneth Vermeer, and didn’t seem to challenge Ajax’s goalkeeper at all.

With three players in the starting line-up returning from injury, it was clear that United were lacking our usual pace, and sharpness. Cleverley returned to the side for the first time since 29th October and made his European debut, but although he showed flickers of hope and quality, he failed to make a full impact on the team’s performance tonight.

The only real excitement in the first half came in the 45th minute, with a penalty shout from Ajax’s top scorer of the season – Miralem Sulejmani, who claimed to be brought down by Rio Ferdinand, but the ref turned him away, and there seemed to be no contact upon seeing the replay. David De Gea also made yet another blinding save from a shot from Siem de Jong in the 32nd minute.

A deflated first half display saw United come out in the second half a determined side, and found fans believing Fergie’s assertion – that he and the players are taking the Europa League seriously.

Ajax gave us a good game, and it took the Red Devils almost an hour to get off the mark, with a 59th minute cross from Nani finding Ashley Young in the box, who found space and caught Vermeer off his line, and slotted the ball below him to get us a vital away goal, and giving him his first United goal since September.

From then on, United looked set to win, and were constantly pressing on Ajax’s defense.

Wayne Rooney was a threat throughout the game; showing pace and bothering Ajax’s back four all night. He looked to score on every attack, but selfless play between him and substitute Antonio Valencia saw him set Javier Hernandez up, who slid the ball home with a deflection off Vermeer for United’s goal number two.

An injury to Valencia’s hamstring struck during the build up to United’s second goal, and saw him immediately substituted with Danny Welbeck, and walk straight down the tunnel for treatment. Early reports from Sir Alex say he could be out for up to four weeks, which isn’t ideal, as Valencia has been on top form since his return from injury

United now have their toes in the last 16 of the Europa League, and scoring two away goals tonight will hopefully prove a vital advantage for the second leg at Old Trafford next week.

The Reds seemed to give Ajax a lot of respect in the first half, but the second half proved a different story, and Sir Alex’s 258th European game in charge of United was exactly what he ordered.

Phil Jones, who along with Nani had missed United’s last four fixtures with an injury was a welcome return to the side, playing impressively at right back, and creating chances for United throughout the game. Fabio Da Silva was also preferred over Patrice Evra, who was rested and didn’t take the trip to Amsterdam.

Although this is only the first leg, we have a home advantage next Thursday, and should United win, we will face either Lokomotiv Moscow or Athletic Bilbao in the next round of the cup.

Overall, United looked the stronger team this evening, although we struggled to get going in the first half, the second half saw us play some great football, and create a lot of chances, which Ajax seemed to struggle with.

Ajax’s Christian Eriksen proved exactly why there are so many rumours surrounding a summer move to the Premier League for him, showing fine form throughout and proving a bit of a problem for The Reds in parts.

As worthy winners, the players and the fans can board their planes this evening happy with their trip, and the performance from United, with a 2-0 away win giving us a definite advantage to finish the job at Old Trafford…