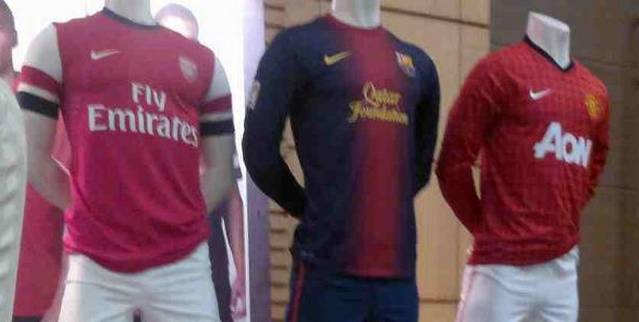 A leaked image of what could be the new Manchester United home strip appeared on various social media networks earlier today.

Despite many supporters showing their disgust at the new pattern, a source of ours said “it looks much better up close in person,” after seeing the pictures online.

However, we are also led to believe Nike create different design options and samples at different stages in the kit design process, so this kit could easily be moderated before the official release this coming summer.