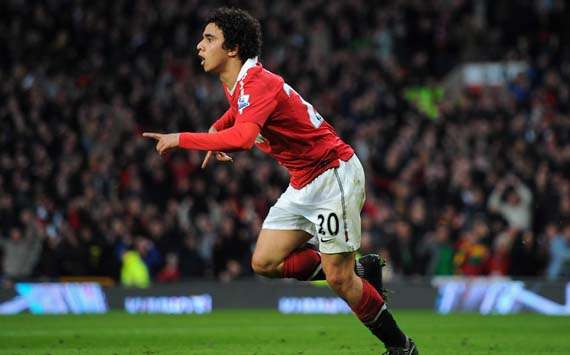 Fabio da Silva has criticised Luis Suarez for snubbing Patrice Evra’s handshake before Manchester Untited’s 2-1 win over Liverpool. The Brazilian full back believes it increased United’s determination to give Liverpool a taste of their own medicine.

Fabio, who was an unused substitute on Saturday, explained to Globoesporte that Suarez’s behaviour was unacceptable: “I believe that in life it is always necessary to forgive.

“Patrice wanted to forgive Suarez. In Anfield he was attacked, but at Old Trafford he offered the hand.

“The action of Suarez was not justified. For me, to reject the hand of someone is very serious.

“The action of the Uruguayan before the beginning of the match increased our force to defeat Liverpool.

“In the ground, there was calm and the rivalry. But after the action of Suarez, the tension exploded.”

On Sunday, Liverpool published three apologises on their official website. However, neither of them contained the words ‘Manchester United.’