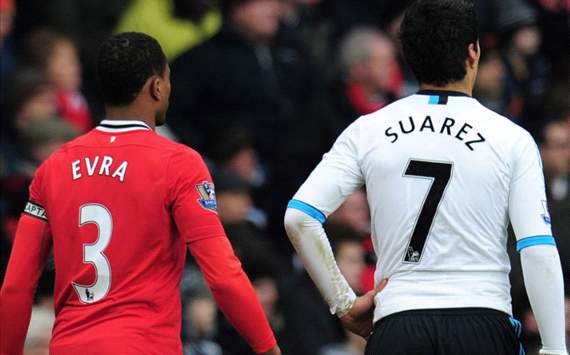 The first statement was released by Luis Suarez who said:

“I have spoken with the manager since the game at Old Trafford and I realise I got things wrong.

“I’ve not only let him down, but also the Club and what it stands for and I’m sorry. I made a mistake and I regret what happened.

“I should have shaken Patrice Evra’s hand before the game and I want to apologise for my actions.

“I would like to put this whole issue behind me and concentrate on playing football.”

Liverpool’s Managing Director Ian Ayre said afterwards:
“We are extremely disappointed Luis Suarez did not shake hands with Patrice Evra before yesterday’s game. The player had told us beforehand that he would, but then chose not to do so.

“He was wrong to mislead us and wrong not to offer his hand to Patrice Evra. He has not only let himself down, but also Kenny Dalglish, his teammates and the Club. It has been made absolutely clear to Luis Suarez that his behaviour was not acceptable.

“Luis Suarez has now apologised for his actions which was the right thing to do. However, all of us have a duty to behave in a responsible manner and we hope that he now understands what is expected of anyone representing Liverpool Football Club.”

Finally, Liverpool manager Dalglish said:
“Ian Ayre has made the Club’s position absolutely clear and it is right that Luis Suarez has now apologised for what happened at Old Trafford,” said Dalglish.

“To be honest, I was shocked to hear that the player had not shaken hands having been told earlier in the week that he would do.

“But as Ian said earlier, all of us have a responsibility to represent this Club in a fit and proper manner and that applies equally to me as Liverpool manager.

“When I went on TV after yesterday’s game I hadn’t seen what had happened, but I did not conduct myself in a way befitting of a Liverpool manager during that interview and I’d like to apologise for that.”

“Everyone at Old Trafford wants to move on from this. The history of our two great clubs is one of success and rivalry unparalleled in British football.

“That should be the focus in the future of all those who love the clubs.”

It’s too late for a proper apology in my opinion, but it’s a step in the right direction for Liverpool Football Club. However, Luis Suarez hasn’t apologised for abusing Evra despite admitting to calling the left back by the name ‘negrito’ which he was given an 8 game suspension for. And if you’re waiting for that, unfortunately I can’t see it happening. So – for the sake of football lets move on and make sure nothing of this nature happens again.

6 responses to “Statements released by both clubs after dramatic encounter”