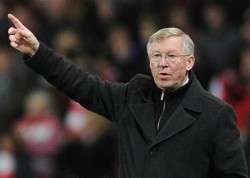 Sir Alex Ferguson has made it clear that he believes football authorities need to clamp down hard on racism in attempt to kick it out.

The Manchester United manager has been very respectable towards the FA throughout the Luis Suarez and Patrice Evra race row, whereas Kenny Dalglish has been the complete opposite before and after seeing his Uruguayan striker pick up an eight-match ban for his racist actions.

Elsewhere in the Premier League, similar incidents occurred not only with players but fans also. Several supporters have been arrested for the crime, while John Terry is due to stand trial in July for allegedly abusing Anton Ferdinand from Queens Park Rangers. However, last weekend Rio Ferdinand was booed for 90 minutes by the Chelsea supporters, who thought it showed support for their trouble-making captain.

Ferguson is shocked by the re-emergence of the problem, therefore, believes something serious needs to be done about it. He told CNN: “I don’t understand at all where it’s coming from.

“This is a moment where we have to take stock and we should do something about it if it’s surfacing again, and be really hard and firm on any form or shape of racism.

“There have been a couple of examples recently which is not good. In 2012, you can’t believe it. It was obvious maybe 20 years ago and the improvements have been for everyone to see.