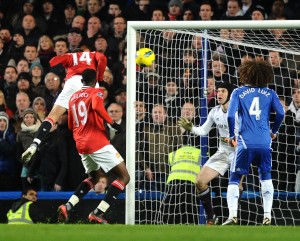 Manchester United were three goals down shortly after half-time but they refused to drop their heads and fought back showing nothing less than determination, drawing 3-3 with Chelsea at Stamford Bridge.