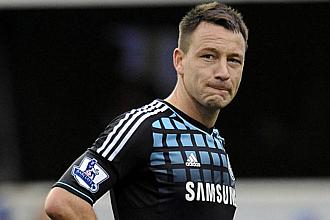 Ahead of the game this weekend, we invited The Chelsea Blog on here to answer a few questions.

Peter Kenyon said in December 2008 that “in terms of breaking even, I think with will be 2010-11.” Well, figures from Chelsea’s recent budget show £67m worth of losses. Do you think the Torres deal is partly to blame for this?

Kenyon? You mean the ‘born and bred red’? Is anyone really surprised he talked shit? Given that if we hadn’t bought Nando and Luiz, then paid off Ancelotti, we wouldn’t have £67m worth of losses, of course the deal makes up part of that.

City have improved this season, competing with us in the title race. Do you think Chelsea’s time has come and gone without any European success?

No. To be fair, it’s taken City more time and money than it did us to get to the top of the table and let’s not forget they still haven’t actually won the title yet. Our current situation has been coming for a while, we’ve just managed to paper over the cracks until now. Irrespective of what other supporters might think though, I have complete faith in AVB building us a squad capable of challenging again, in fact more than that, I think he’ll eventually do what the others haven’t and give us sustainable success.

Links recently suggested that Ferguson was interested in bringing Fat Frank to Old Trafford. Would you have been disappointed to see him leave Chelsea?

I’d have laughed my arse off to be honest. Not that I think Frank’s ready to be put out to pasture or anything, he’s been a fantastic player for us and still has something to offer (in a different way), but the irony of him pulling on a United shirt? Would’ve been priceless.

What should be done with John Terry in regard to the video which clearly shows the Chelsea captain calling Anton Ferdinand a “black c*nt”? The case was delayed Wednesday and he was stripped of the England captaincy on Friday.

Are you suggesting he shouldn’t be innocent until proven guilty? If he’s found guilty then fine, take what you like off him but as far as I’m aware our judicial system hasn’t changed its stance especially for this case.

Looking at our current squad, taking note of the injuries, which United player do you fear mostly and why?

You have injuries? Wish someone had mentioned it. You have a few with the ability to show us up if we play like we did midweek. Valencia, Wellbeck, or Nani if he’s back are all more than capable. Our defence has had more trouble keeping clean sheets this season than your average brothel and in spite of Cole’s poorer form lately, his absence means a change to the back four we could do without in a game like this.

How would you feel if Jose Mourinho became our manager in the coming years? Do you believe he was hunted out of Chelsea?

Are you serious? I remember all too well how much you lot slaughtered him at Chelsea – his non-football, his arrogance, his transfers – I’d bloody love it if he brought all of that to United. And to see reds I argued for hours with when they were calling him all the cocks under the sun, shamelessly kissing his arse – oh my god, I’d pay for his flight!

As for being hounded out of Chelsea, firstly Jose was the master of his own downfall. What may have started as an attempt to assert himself with the opposition (and the press of course), ended up with him turning into Coco the Clown. It was a bloody circus! Secondly, whilst he might have initially cast himself in the role of the victim, he later admitted the decision to leave was entirely his and he actually wished he’d made it sooner. Not surprising really, considering he prefers to leave looking like the hero when in actual fact, there was nothing particularly heroic about our start to the 2007/08 season.

Predictions for the game this Sunday?

I’d say it’s a fair bet Webb will play a significant part in the game somewhere along the line. As for the score…….surely everyone knows by now I don’t do predictions?

4 responses to “A view from the enemy: Chelsea supporter on Kenyon, Terry and Mourinho”