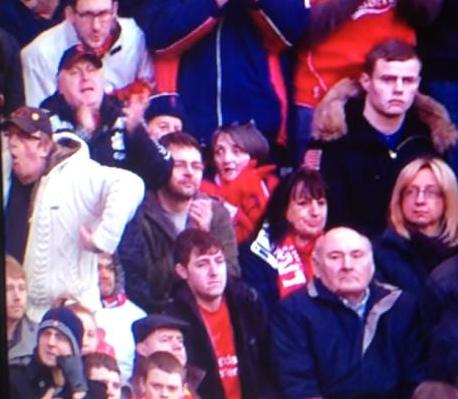 During the FA Cup fourth round clash between Liverpool and Manchester United, the home fans continuously booed Patrice Evra simply because he was racially abused by Luis Suarez back in October. Doesn’t make sense, does it?

However, the picture displayed on the right, of this page, shows how far some people will go in order to abuse a footballer that wears the United shirt. It’s utterly distasteful and needs to be kicked out of the game.

StrettyNews.com will make the FA aware of this and hopefully he will be punished. People that act in this manner should never be allowed into a football stadium again.