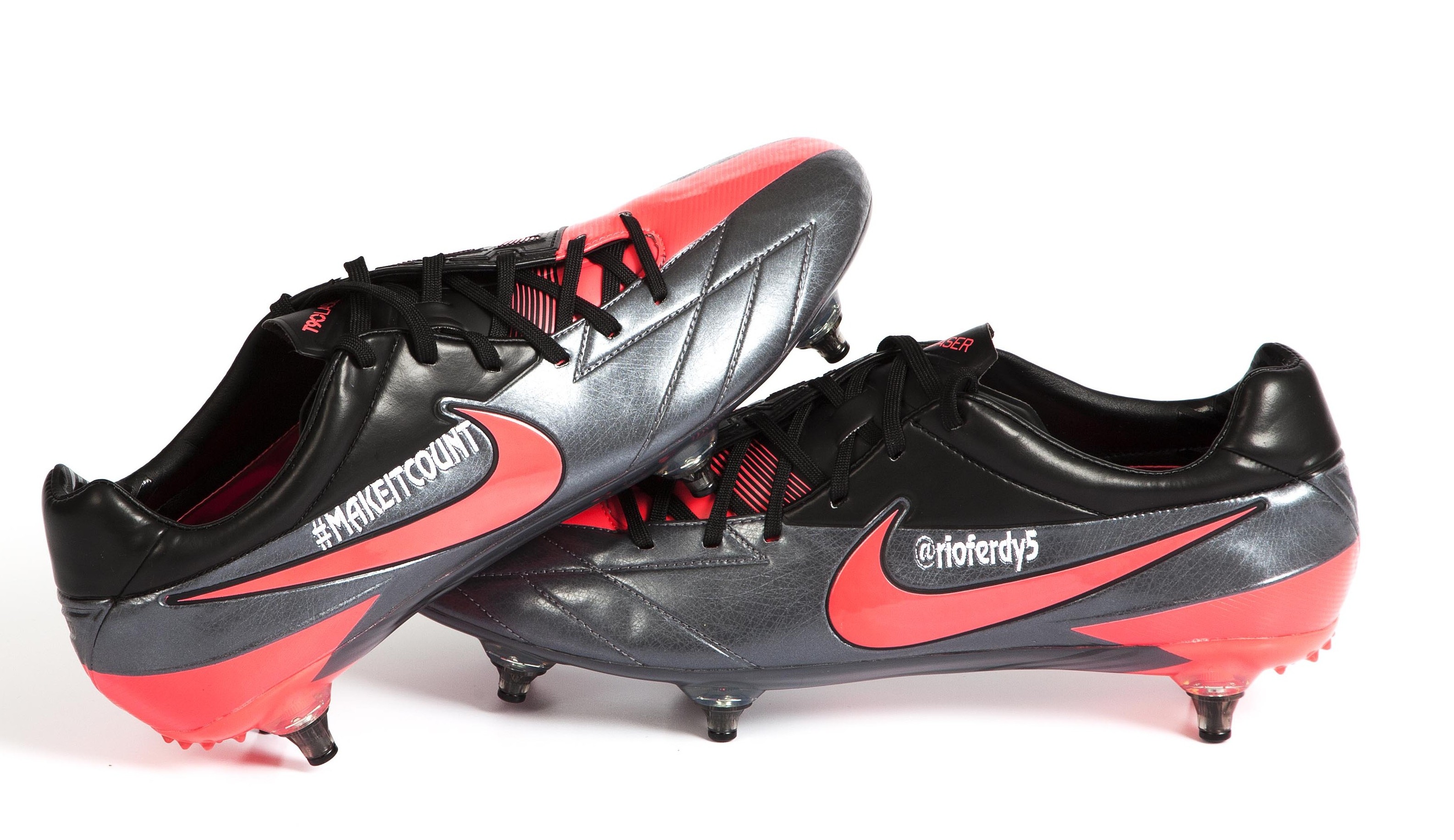 Rio Ferdinand will wear new boots for the game against Arsenal this weekend after commiting to Nike’s “Make It Count” campaign, pledging to make 2012 the year in which they give everything in pursuit of perfection. Wojciech Szczesny and Theo Walcott will also wear the boots that have “#makeitcount” embroidered on them. The active tweeters amongst them will also have their Twitter handle stitched into their footwear.

Launched via Twitter on New Year’s Eve, a wide range of athletes including Rio Ferdinand, Mark Cavendish and Mo Farah united behind the #makeitcount hashtag, stating their intentions for 2012 and challenging their followers to do likewise. Arsenal’s Alex Oxlade-Chamberlain declared that “The year ahead is all about turning potential into performance – every single day”, whilst Rio Ferdinand simply stated “‘More to Learn. Plenty to teach”. This weekend gives both players and their team mates a great chance to prove that 2012 will be the year they Make It Count.