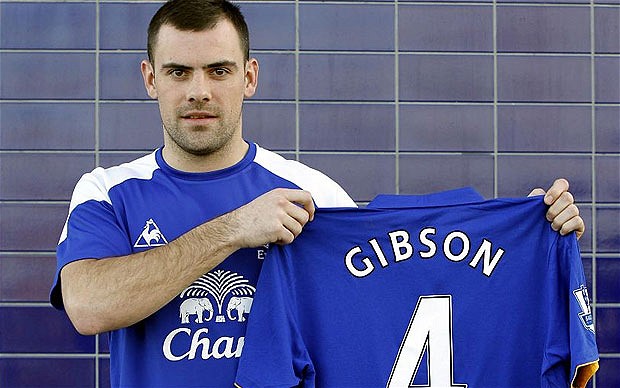 Darron Gibson has joined Everton on a four-and-a-half-year deal after undergoing negotiations with the Merseyside club all week. He will wear the number 4 shirt visible in the image to the right.

The 24-year-old moved from United for a reported fee of £1million, rising to £2million on appearances. He has become Everton’s second signing this month following Landon Donovan who arrived on-loan from LA Galaxy.

Gibbo was a product of United’s youth team and managed to score 10 goals in 60 appearances for the club since becoming a familiar face in the 2005-06 season. That record, believe it or not, is better than Anderson’s who has 4 goals in 83 appearances.

“It’s a great club with great fans and hopefully I can improve Everton,” Gibson said. “I think I’m a goalscoring midfielder and hopefully I can get a few goals. I’ve scored a few long-range shots — I don’t think I’ve scored one inside the box to be honest — and if I score goals it’s a bonus for me. I’m just looking to do as well as I can for the team.”