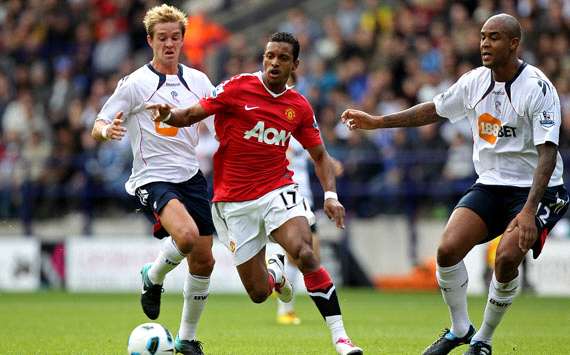 Form: United responded brilliantly to two consecutive defeats last weekend with a 3-2 win over bitter rivals, City. If the Reds can boss the midfield area I can’t see Bolton causing us many problems. The Trotters have been tipped as being one of the favourites to be relegated this season despite currently sitting fourteenth in the Premier League table. And being on the verge of selling their best defender, Gary Cahill, the future doesn’t look very bright.

Team news: Last week we didn’t know anything about the return of Paul Scholes, which pleased the majority of United fans. Its safe to say he will be in the squad for today’s fixture but I can’t see him starting due to a lack of match fitness. There’s doubts whether Gary Cahill will feature or not because he’s in talks with Chelsea, although it wouldn’t surprise me if the blues try use it as an advantage. Owen Coyle is also expected to examine a late fitness test on goalkeeper Jussi Jaaskelainen, who is almost at full fitness after suffering a thigh strain.