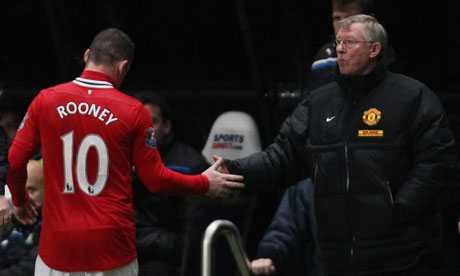 Manchester United acted surprisingly quick to rubbish reports that will be made in Saturday’s Independent that the club were set to allow Wayne Rooney leave after undergoing an argument with Sir Alex Ferguson.

Without any over-exaggeration, the club issued the official statement less than a half-an-hour after The Independent front-page went public on Twitter. Another thing to take into account is the fact that the club rarely release statements like this, in which are in response to transfer speculation.

A couple of minutes after being put live, Rooney himself had his own say in less than two tweets. He said: ‘The independent are talking absolute rubbish. My future is with Manchester United and the club and I are totally commited to each other. The manager and I have no issues and anyone who says different don’t know what they are talking about.’

“Manchester United and Wayne Rooney have been made aware of the theme of an article in tomorrow’s Independent newspaper.

The player and the Manager have always had and retain the utmost respect for each other and look forward to working together in the coming seasons.

Any suggestion that Manchester United and Wayne Rooney are to part company is complete nonsense.”

The statement was issued by Manchester United, Paul Stretford of Triple S Sports and Entertainment Group and Ian Monk Associates.