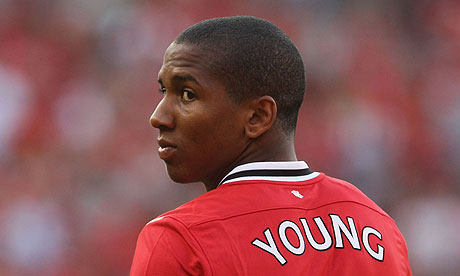 In a recent interview, Ashley Young admitted there was interest from Manchester City last summer. Although, he said when he heard about Manchester United coming in for his signature there was no way he could go elsewhere.

“That’s true, but as soon as I heard about Manchester United there was no other club for me,” he said. “It’s Manchester United. They are the biggest club in the world, and I think if you ask anyone who they want to play for the majority will say: ‘Man United.’ The fan base, the team and what they have won in the past is amazing. I want to be part of that – and be able to bring the title back to United again and make history with a 20th. I feel I have settled straight away into the team, which for a club the size of Manchester United isn’t easy. But I believe in my ability and feel it was easy to fit in, especially as I know some of the boys and the team spirit they have.”