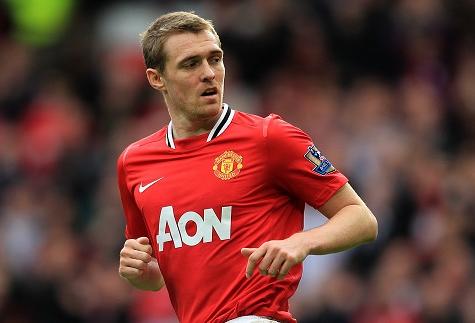 Darren Fletcher’s career has been in ruins twice. The first time was about a decade ago. As a 15-16 year old, he was never intended to be a battling midfielder. Professionals who saw him in his youth were thinking of a player in the mold of Paul Scholes or Zidane.

Alex Ferguson was ready to give him his Premier League debut before his 16th birthday – but the league blocked it for procedural reasons. You don’t pick 15 year olds for battling will – Ferguson must have seen extraordinary skill.

Then came the injuries. About 18 months on the sidelines at the age of 16-17 usually ends your aspirations to play successfully at these levels. However, so great was Fletcher’s will that he somehow made it.

He wasn’t the player he was intended to be – but one that admiringly reconstructed his abilities to become a midfield battler.

Not a United great but great for United.

Occasionally we saw the brilliance that should have been. Usually we saw the steel will which got him through and made him a legitimate starter for an English and European champion – and captain of his country.

So for one, I will never bet against him recovering from his illness. This is not a career summary.