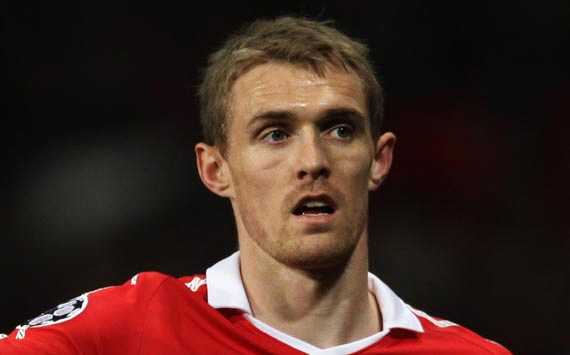 Darren Fletcher will take a break from football in order to fight a chronic inflammatory bowel condition, Manchester United confirmed at lunch time on Tuesday.

The club issued a statement which read: “On behalf of Darren Fletcher, Manchester United wishes to announce that he is taking an extended break from football for health reasons.

“Over the past year he has had several absence periods which we have attributed to a viral illness in order to respect his right to medical confidentiality. Darren has, in fact, been suffering from ulcerative colitis (a chronic inflammatory bowel condition) for some time preceding this.

“Whilst he was able to maintain remission of symptoms for a considerable period this has proved more difficult recently and Darren’s continued desire to play and his loyalty to both his club and country has probably compromised the chances of optimising his own health and fitness.

“He has therefore accepted medical advice to take an extended break from the demands of training and playing in order to afford the best chance possible of achieving full remission once again.

“We request that his privacy is respected and hope that the removal of the additional stress associated with speculation regarding his health will also aid his recovery.”

Fletcher found himself out of football at the end of the 2010/11 season with what’s thought to be the same illness. And the midfielder hasn’t been spotted at Carrington training ground since the squad returned from Basel last Thursday. We can only wish Fletch (Football Genius) a speedy recovery in hope of seeing him play again.