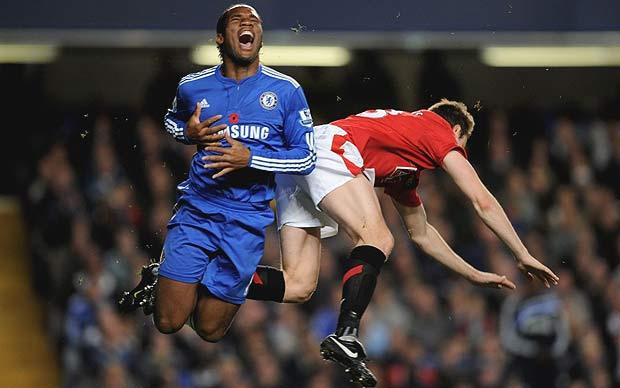 Jonny Evans is a player that has divided opinions amongst Manchester United supporters since he first burst onto the scene. A player with all the attributes needed to become a brilliant center half along with the ability to time a challenge while bullying a striker like Chelsea’s Didier Drogba, who was in his prime at the time. A lot of fans believe he has failed to unleash the talent he first promised during the 2009/10 season after getting a run of games being aged 21-years-old at the time.

Evans first became a regular in Ferguson’s team at the beginning of the 2010/11 season, partnering Nemanja Vidic in the heart of United’s defence due to the absence of an injured Rio Ferdinand. It was without question a good season for the Northern Ireland international, becoming a likable figure as far as United fans are concerned.

However, Jonny set high expectations that season and has made a few mistakes since then, leaving a number of fans frustrated and others, including myself, labeling him another misfortunate scapegoat that is easy to put the blame on whenever something doesn’t go our way.

Since 2010 Fergie has added to his squad giving Jonny more competition. Chris Smalling and Phil Jones both put on the Red shirt like it was a fresh start to their football careers. As fans we didn’t expect what we got from and the pressure was far less than Evans suffered in his second season. Pundits call it ‘second season syndrome,’ that even the likes of Xabi Alonso suffered from. But will the same happen to Smalling this season when/if he makes a few mistakes or Jones next season when/if he makes a few mistakes? I hope not. As fans it’s our duty to support the players, especially through the difficult stages of their careers when they need it most.

So Evans now finds himself trying to re-disover his 10/11 form and with fans quick to criticise him, whenever something doesn’t work out, it isn’t making his job any easier. Footballers are humans too, therefore, they can suffer from having a lack of confidence (pity it isn’t possible to share because Cristiano Ronaldo has more than enough to go around.)

Soon to be 24-years-old, Evans realistically would hope to challenge for a first team place this season, especially with Nemanja Vidic’s season cut short due to a ruptured cruciate ligament injury. Jonny has a few honours to his name, as would be expected of any player at United – two Premier League titles, two Carling Cups, one Club World Cup, two Community Shields and we mustn’t forget about him being a member of the Sunderland squad in 2006/07 that won the Championship in order to gain promotion. Now try tell me Jonny Evans brings nothing to the team…

Jonny Evans has got a lot of bad press, especially after getting sent off during the 6-1 defeat against City before carelessly giving away a penalty. But he’s still young and all footballers make mistakes throughout their career, but believe it or not, fans play a big part in getting them back on track. And when United do badly with him on the pitch, all eyes stare at Evans. This is a Manchester United fan that obviously hears what’s being said about him every week and that has never had a bad word to say about the club. So why Jonny?

30 responses to “Another scapegoat, that is Jonny Evans”