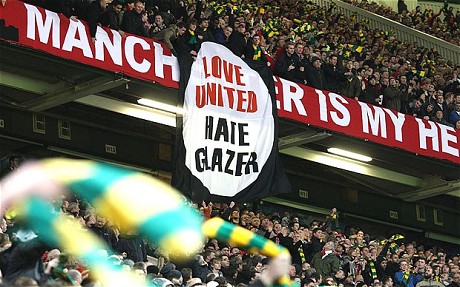 1. Shorten the rotation in Premier League games. Some of the football in the early weeks was breath taking – when United stuck to the same 12-13 players in regular positions. This was disrupted by injury and game load. United should completely de-prioritize all other competitions – and drill a consistent first team nucleus.

2. Go for youth – but play Ryan Giggs. These are testing and battling times and the younger players should see first hand what it means to be a United legend in such circumstances. Make the most of the years United still has him.

PS: he will still win more big games than most.

3. Have a very serious look into the injury plague in the last few seasons. This does not imply any knowledge from the writer but it’s worth an inquest. It may be just bad luck but may have contributing factors: style of play, style of tacking or any other issue.

4. Keep RavelMorrison at Old Trafford – don’t loan him out. In hindsight maybe Cleverley should have been called back a year earlier. Playmakers should grow within the team.

5. Buy in January. No need to go wild in the transfer market, but it would be good to do a at least a bit of the shopping in the mid-season window. When Patrice Evra and Nemanja Vidic were bought half-way through the 2005-2006 season they had a learning curve to go through. By opening day 2006-2007 they were completely assimilated in the team.

12 responses to “Five things United should do now”