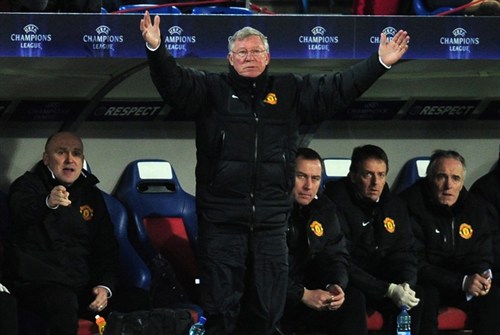 As Manchester United fans we have been very fortunate to have witnessed a plethora of success over the last twenty years. So called ‘bad nights’ have been results such as draws at home to mid-table Premier League clubs, when really they were not bad nights at all. Although we are all guilty of it we really have no right to moan, fans are however entitled to their opinions and will forever voice them however valid or not and one thing is for sure there will be plenty of moaning in the aftermath of United’s dire exit of the Champions League at only the Group Stage. The inquest will undoubtedly be large and the recovery long but it is moments like these that make us appreciate the good times, it is nights like these that are often the emergence of a new dawn, so it is important to sit back and take some perspective.

United fans are likely to endure a fair amount of ridicule in the coming days and weeks, after the sounding of the full-time whistle I received seven texts within the space of around three minutes all baring reference to ITV4 and Channel 5. So, I turned to twitter, a source of comfort perhaps? No, by and large my timeline was littered with statements regarding Ferguson and this ‘chequebook’ he seems to carry around with him. I’m being cynical of course and I can totally understand how enraged these fans are and United could and should have breezed through that group and it is nothing short of a disaster that they haven’t. Games like these however do provoke knee jerk reactions, however as bad as last night was it is not the end of the world.

Football works in cycles, it seems like yesterday when a fourteen year old me was left stunned, dumb-founded, hysterical by the fact that United hadn’t made the last sixteen of the Champions League against Benfica in 2005. How could United not make the knock-outs I thought, we have to play well, we are Manchester United, we had Rooney, Ronaldo, Scholes, it was inconceivable. What must be made clear though is United do not have this God-given right to win as some may have you believe, as good and as famous a team we are we still have to earn it and in all honesty we have been far from good enough in this seasons Champions League, as we were in 2005. However then as now United is a team that is far from the finished article, there is enough young talent in this current set-up to suggest to me that the white flags can stay tucked away deep under programmes from games against York City from the 1974/75 season, really tough times. The likes of Phil Jones, Chris Smalling, Tom Cleverley, Danny Welbeck, not to mention the likes of Ravel Morrison and Paul Pogba are the next generation of Manchester United Football Club, the key though is in the pre-modifier ‘next’. This is a team that is capable of competing in the present, we are in touch with the leaders of the Premier League and who’s to say we won’t win it however just like in 2005 the team that fell at the first hurdle in the Champions League is one that is moving in the right direction, just slower than most would like.

I am not saying that there aren’t some question marks over the current team, far from it, last week’s Carling Cup exit to Palace was enough to show that perhaps the depth of quality with United’s squad is as good as some may have you believe. I would be ignorant to suggest that some players don’t need to book their ideas up or go but I would suffice that United are not too far away from being a real force again.

The team that were beaten 2-1 on that equally terrible night in Lisbon went on to sweep all before them winning three Premier League titles, three Carling Cups, three Charity Shields, one Club World Cup and of course the Champions League, now I’m not saying that we are going to see a replication of these events nor am I suggesting that this United team could be as good as the class of 2008 but there is much to be hopeful about.

The aforementioned team came full circle at the end of the 2010/11 as they just about made it to the title without setting the world on fire, with old heads moved on United are now embarking on a similar project. Patience must be a virtue as it could be another year to eighteen months before we see what Ferguson is aiming for and make no mistake about it, he has an aim. Ferguson who sees these players day in day out on the pitches of Carrington can see where they are headed, he may choose to buy in January or August, he may not, and responding to bad results with knee jerk signings is not a trait Ferguson is too familiar with.

I for one though have faith in the manager, he’s been there and done this before and his hunger is ever undiminished, it may take time and certainly patience, so let’s have some perspective. We have been knocked out of the Champions League yes, but we have not gone out of the Football League facing liquidation, there are hundreds of teams who would give anything to swap places with us. I am aware that the words I have written may fall on deaf ears and the result in Basel will have done nothing to quell the calls that this United team needs urgent investment and it is not an outlandish claim but we have been here before, we have heard these claims before and each time we have come back better for it.