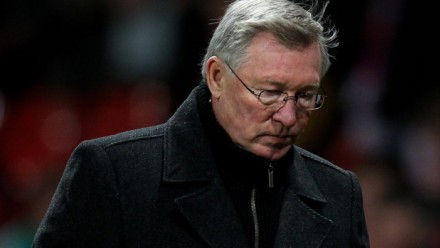 The Carling Cup disappointment last night was followed by an apology to fans and players that didn’t feature, from Sir Sir Alex Ferguson in his post match interview. The Manchester United manager humbly admitted that he was disappointed with the result, therefore, he felt an apology was needed.

Ben Amos conceded a total of two goals from Darren Ambrose and Glenn Murray, who both performed reasonably well for Crystal Palace. For United, the only goalscorer was Federico Macheda who remained calm when converting his penalty that put the Reds level 68 minutes into the game. But unfortunately, that wasn’t enough to put us into the semi-final, giving the boss a reason to apologise to the Old Trafford faithful.

It wasn’t all doom and gloom with Ferguson afterwards, though. Good sportsmanship was on show as he praised Palace for their honest efforts throughout the game. And in all fairness to the Eagles, they didn’t show United much respect and worked their socks off in order to get the result.

“I’m so disappointed,” said Ferguson. “I have to apologise to my fans and all the players who weren’t playing. We never expected that. Any time we go on the pitch it means a lot to Manchester United. We have our pride to protect and our history to protect. Every time we walk on the pitch it’s important. We didn’t see that tonight. Nine internationals out there. So that was a big disappointment.”