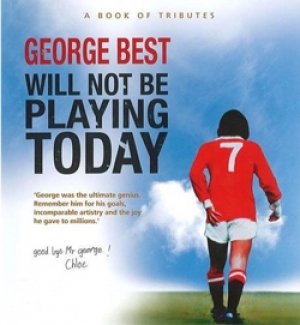 Earlier this month, George’s sister Barbara announced that she will be in Manchester on the 25th of November until the 28th to mark the 6th anniversary of her beloved brother’s death. She explained on the George Best Foundation website: “It will be a very poignant and proud time to be able to go to his adopted city to major retail outlets to promote and sign this beautiful book.”

Dates, times and venus of the book signings:

Extra information on the book itself:

George Best was and remains one of the most charismatic and iconic heroes in the history of international sport. The football scout who discovered him called him a genius. Sir Alex Ferguson said he was fantastic. For Johnny Giles he was ‘The most naturally gifted player I have ever seen. Pelé called him, simply, ‘the greatest’.

Following his death in November 2005, many fans, famous and not so famous from around the world, came out in overwhelming numbers to put pen to paper to express the love and respect they had for him. Many of those sentiments are the core of this publication. GEORGE BEST WILL NOT BE PLAYING TODAY poignantly illustrates the heartfelt and worldwide affection with which George is remembered.  The sincere appreciation of prominent figures in the world of sport, television, religion, politics and royalty, including most notably Sir Alex Ferguson, Sir Bobby Charlton, Eamonn Holmes, Sir Michael Parkinson, Graeme McDowell, Rory McIlroy, Archbishop Desmond Tutu and of course the great Pelé, for whom George himself had the utmost respect, is featured.

But every bit as moving and important are the tributes and the memories of the ‘ordinary’ fans – people of all ages and from all walks of life who recall the Belfast Boy with such deep and abiding affection and admiration. Many of these messages, poems and drawings were left at makeshift shrines in the days following his death, on websites and in books of condolence. Some are powerful, some are poignant, some are humorous; what they all have in common is that they come from the heart.

What makes this book so different from the many others prompted by George’s story is the voice it gives to admirers right across the spectrum. From those who knew George Best as a close friend to those who never met him but felt, nonetheless, inspired by his peerless football skills and glittering career. The result is a powerful and evocative testimony to the memory of a footballer who gloriously captured the imagination of the sporting world.

This book is, in every sense, the BEST of all tributes. And if you can’t make it this weekend, buy it here. 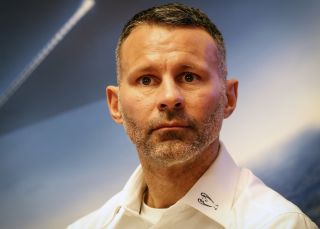