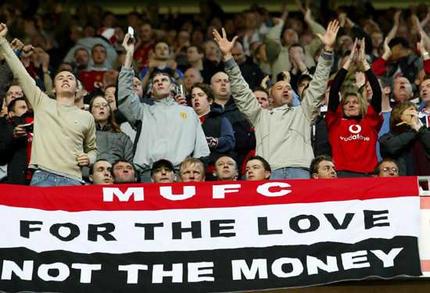 It’s an old adage but currently it is one which all we Manchester United fans must abide by because it’s true: A win is a win. There is a lot of criticism floating around of late that our performances are seriously lacking in a number of departments. This criticism is all fair; God knows I feel the same as the majority of us. At the moment there is little flare and hardly any creativity, especially in the centre of midfield. We are also seeing poor deliveries from the wings and some extremely inconsistent performances from those who we rely on to turn the flow of play. What’s more, we are not killing off games at the moment which would make us all feel a little more settled as the clock counts down in games.

The above is something we can talk about in great depth, and have been doing for several weeks. But at the moment the display is not as important as taking three points. City are looking very strong, and even though they have yet to be pitted against the best the Premier League has to offer (barring ourselves of course), we can’t expect to see them dropping many points over the course of the season. The next few weeks however will be a test for them as they have some very tough games coming up. This is where that adage that a win is a win comes into its own. There is a chance that City will drop some points soon, and if that is the case all I want is for us to win our games. I don’t need us to be playing “total football”; I just need us to be winning. It doesn’t even matter what other teams around us are doing it really is all about us picking up three points to keep pressure on those teams, and at the same time improving our confidence (both the teams and the fans). Ever since “that” game that is what we have been doing. No, it’s not been pretty, and it’s been a bit touch and go sometimes, but we have emerged from these games with all three points.

Even though the displays may not be what we would all like to see, free flowing attacking football, there is one major positive which is sometimes over looked. We have not conceded since the City game. In fact we have the most clean sheets of any Premier League side so far this season. There is a strong possibility that defences will be the major factor in who wins the league this season. City score lots of goals when they get into a momentum, but they do concede. United on the other hand have now shifted our balance to stem the number of goals we concede. Our fantastic attacking football at the start of the season has had to be cooled for the time being. It’s no secret that we were conceding chances and rode our luck in certain games. As a result it appears that current tactics (partly dictated by the lack of creativity in midfield) are to be more patient with the ball, and even without it. Over the years we have done this many times, allowing teams to try and play around us and it has proven beneficial. It’s not nice to watch and is very frustrating but most importantly it has done the trick.

Even with the lack of creativity we have at the moment there are goals in this squad. Rooney, Hernandez, Welbeck, Young, and Nani: we should be more than capable of picking up the tempo and creating chances when we need it the most.

The Swansea game yesterday evening is a good example of the current form and tactic, and the reaction to those things. United were far from spectacular. There were moments when we played some lovely football and there were a couple of good moves, but we created little and when we did the decision making was poor. However, we did dictate the pace and really took the sting out of the game. Frustrating to watch it may have been but we were poor in attack so the tactic was to frustrate Swansea. That was achieved and generally Swansea were kept at arms length. There were chances for Swansea and they must be credited because they were having a go. Conscious of that, and being in front, United looked happy to sit and frustrate rather than look to push on. On the whole we defended well and the job got done.

I was unhappy not to see us maintain wave after wave of attack but as I said the job got done and we were no further away from City at the top of the table. If we had gone into the game ten points clear and Swansea were a woeful side then we really would have grounds to criticise the performance.

Unfortunately these displays don’t fill us with confidence going into matches. I, with many others on Twitter, expressed our concerns going into that game. Personally this is my biggest problem with the current set up. As I said though, at the moment for me I’m not as concerned with United turning in a good performance as much as coming away with the result, and currently I don’t feel as confident going into games as I should. But as long as the results keep coming that is the most important thing.

The second half of the season is getting ever closer and as we all know this is when United kick on and go from strength to strength. Obviously there is no guarantee this we happen, however on this occasion I am very confident it will. Defensively we are now looking stronger and a lot more settled, and providing we suffer no further long term injuries the defence will go from strength to strength. Offensively, Tom Cleverley will be back at Christmas. He really has been the difference in the midfield when he has played, providing the team with the creativity it is lacking. It is unlikely we will make any marquee signings in January so Cleverley will be very important to the team. Keep him fit and give him games and we should see him too go from strength to strength. These are the key areas improvement was/is required, potentially (injury free pending) those areas will indeed improve.

Don’t get me wrong, there is nothing I would like more than for United to go sweeping all aside with beautiful and destructive football. We all would. Beautiful football paired with ugly results on the other hand is not what we want. Therefore, for now at least, I’ll hang on to the cliché and that old adage that a win is a win and keep a tight grasp to it. We also shouldn’t forget that with wins comes confidence, and with confidence better performances are a natural progression.

2 responses to “Results must take priority over performance”