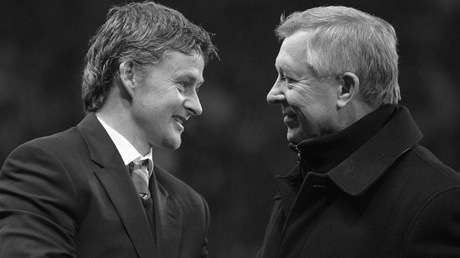 Among all the festive quotes by Alex Ferguson on his silver-anniversary a more significant quote by the Manchester United manager ought to have received more attention.

He was advising his former player, Ole Gunnar Solskjaer, not to rush it into management in England after leading novice Molde to the Norwegian title – the first in their history – in his first year in charge.

Nothing would be more natural than for Ferguson to talk up the abilities of Solskjaer. Having so many of his former players at managerial positions is part of Fergie’s legacy and the Scot has always been keen to help them out in employment issues.

Earlier this season Ferguson said he thought he had another 4 years in management. Solskjaer has already worked two years in the United set up as reserve team manager. Significantly, unlike Paul Scholes, he was given more of a managerial task than a coaching task.

Ferguson had once promised the succession to his number two – Carlos Queiroz – who made the ill-advised decision to leave the club for a disastrous term with the Portugal national team. But it seems like Ferguson thinks that in an ideal world his eventual successor will a few years besides him before taking charge.

8 responses to “Solskjaer destined for the ultimate replacement role in football?”