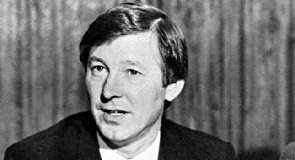 To put the 25 years of Sir Alex Ferguson at Manchester United into perspective I have to take it right back. Fans of certain age, in their 30’s, will understand you have to go right back to the mid 80’s and it’s been well documented how the club was in a shambles in many ways.

Ironically, to us fans, these remain many of our best moments and personally speaking, the feeling of cup wins under Big Ron in 1983 and 1985 will remain cherished memories forever. The first real chance of a cup in my own youth was the 1983 Milk Cup, and  having been impressive in their run to the final I looked forward to it for weeks as a kid. The top dogs Liverpool stood in the way and an early Norman Whiteside goal got us all excited. Kevin Moran was later stretchered off and Liverpool ran out extra time winners, leaving me gutted. These days a league Cup exit hardly matters but they were different times. The subsequent FA Cup wins were met with jubilation and Norman Whiteside starred in both. The semi-final against Liverpool in 1985 remains a high point, though most of us will still regard the Barcelona second leg as the game which really sums up those days.

I had first visited Old Trafford for the Wolves game in 1983 and was obsessed with United like many youngsters. In Ireland, the domestic league was very poor and the best players went to England. Cork City, my local club who I go and see now, didn’t form till 1984 and there was no proper local team in Cork. United and Liverpool and Arsenal were huge and obviously still are, though thankfully there is fan owned clubs like Cork City and Shamrock Rovers setting a good example in 2011. Hopefully United will be fan owned someday! Back in the 80’s though, my dreams were of some cups for Man United, the league was hardly on the radar.

We always remember the good times more clearer but the pain was there in abundance in the pre-fergie era the other defining memories of the 80’s were that constant feeling of being not good enough. Sure United were able to beat Liverpool or Barca or a terrific Everton team on their day. But the league was the true test and they were usually gone by Christmas. The autumn of 1985 was different though and United won their first ten games. This was it surely! But no. The team were skillful but too physically weak and though the injuries didn’t help, it was only years later under the Ferguson era that youngsters like me copped onto the fact that this great romantic team were not entirely taking care of themselves off the pitch aswell.

The pain of the early Fergie years is well documented too and in some ways it was nearly more painful as I got older. I generally thought I’d never see a league title win in my lifetime and 1992 remains the worst of them all, even to this day. United had surrendered and no amount of fixture pile-up excuses could make me feel better. Finally though, it was all to change. 1993 was simply about relief and Fergie had done it! The wonderful style of play and that game against Norwich remains my fondest memory and the years of hurt become worthwhile. I was really delighted when another Corkman was signed by Sir Alex that summer, and Keane and Irwin are just two of the legends from around my way who have played a big part at the club.

The 90’s were like a big dream really thanks to Fergie and the though Dortmund was another Leeds moment, again there was a big breakthrough on the way and 1999 was a fairytale. Ferguson wrote his book and looked to be settling down to the twilight of his career. Yeah right! Of those years, my favourite game remains a home game v Juventus where United played Del Piero and Zidane (who both scored) off the pitch, and the atmosphere inside the ground that night was the best at any game I attended. By that stage I was doing quite a lot of DJing in Manchester and used travel over to buy my records in Fat City Records. In Cork, the club nights I was involved in built big relations with Fat City and Grand Central and they really were the best of times on and off the pitch.

The following decade meant new challenges for Ferguson and in hindsight there was no way he was gonna retire till Arsenal and Chelsea were dealt with, maybe now it’s Man City (and of course Barcelona) that keeps him motivated? The addition of another European Cup was essential and though we all know it could have been more, Fergie himself, never credited by the media as being graceful, is big enough to admit Barca were better both times out in 2009 and 2011. No player is bigger than the club and I’ve stood by Ferguson as my favourite players such as Keane and McGrath were jettisoned, though i didn’t understand the McGrath one at the time. It’s always Manchester United first for the boss, and the fact that he is so hated by others says a lot really. Having experienced the pain of the 80’s, I can only imagine what others must feel with Alex Ferguson coming back time and time again like the a bad villian in a horror movie.

Football has changed and he has always run with the times. His handling of the Rooney situation last year was incredible, and he delicately managed to put the ball back into Rooney’s court by saying “Some players like to think there’s a better world somewhere else. It never really works.” He then proceeded to align Rooney’s doubts with doubts that many had about Rooney himself, and by mentioning Ronaldo too suddenly anyone who doubted Fergie looked a fool. “I had a player once who said to me that Rooney and Ronaldo weren’t good enough and he was not prepared to wait until they were good enough. But that’s the trouble with potential. People don’t identify potential. They’re very poor at it. I’ve identified all my life the potential in young people. I know potential. I know how to develop and have faith in it. And young people surprise you when given the opportunity. That’s what this club is all about. When you see Manchester United at the moment with all these young players, 14 aged under 22, you can’t see Manchester United three years ahead.” Rooney stayed, and even those who wanted him to go will have to admit that in the bigger picture of things he was an essential part of another league victory that looked unlikely in October.

It’s at these times of crisis when Sir Alex is at his best. He rarely panics and a year on it’s worth remembering that during that few days when Rooney looked to be rejecting Fergie’s vision of United, the press and others were writing off the manager yet again. The life had drained from him, the enthusiasm was gone, Chelsea had the title wrapped up and United were  reduced to trying to stave off Man City for their one remaining great player. They were wrong again. A year on the 6-1 has similar articles being dusted down, but as I write his team have dug out four out of four victories since, with no goals conceded. It’s not over yet. Each crisis seems to galvanise his team.

After each of the last four World Cups one of his players has been subject to controversy, and Fergie faced up a new season as title challengers rather than holders. In 98, the Beckham sending off made the then English villian even more popular at Old Trafford, and the player enjoyed his best ever season as United took not only the double back but the European Cup too. Saipan and Keane brought out the best in many United fans, and the siege mentality the following season again ended up with a good Arsenal side being pipped, while the famous Rooney and Ronaldo spat in 2006 gave way to a fruitful partnership for the reds in 2006/7. In 2010 it was Evra, another player who Fergie sees some of himself in, and though the Frenchman was hardly vintage, he was an expericnced campaigner in a title victory that looked unlikely after Chelsea steamed ahead. The Cantona comeback was handled masterfully too, in a season where his team made their greatest points recovery, while victories in seemingly lost games litter his 25 years in charge. His teams have been dominated by players who have that spirit in them, and it is to his great credit that even despite the odd hammering his teams will always try and retrieve any situation.

Rooney was not the only subject which causes unease with the United fans though. The Glazers issue has torn fans apart, and while I agree with the fundamentals of those who object to Fergie and his closeness to them, again I feel the bigger picture for the boss is trophies. He might have taken them on in earlier years but probably knows it would have cost him his time at a club that he can’t let go. I know the feeling. He hasn’t time for a revolution and having secured number 19 knows that his opportunities to get one or two more domestically and in Europe won’t be around forever. Attacking the owners a la Rafa at Liverpool would probably have left United without the trophies and some stooge manager like Sven. It took Fergie many years for United to start spending top dollar on players, but with his success bringing in so much cash, it’s amazing that a lot is made of any time he does spend big. He makes few excuses though when he doesn’t spend, and despite all the cash injected into Blackburn, Newcastle, Liverpool, Chelsea and Man City in his time, he knows he has a team capable of competing and getting United to the top each season. It’s hard to know exactly what he does feel on the whole Glazer issue nonetheless.

Personally I reckon he is just diplomatically getting on with things and focusing on the one big drive, more trophies and success on the field. I feel he likes the challenge of doing things the hard way and I trust him despite once again seeming to miss the boat by leaving Uniteds vulnerable midfield short on options for this season. A fit Cleverly will go a long way to determining how this will work but i’ve given up trying to second guess the managers thoughts on how he sees thing panning out. He deserves the time and patience he rightfully gets these days as his vision has always proven better than ours.

In those early years Michael Knighton offered the price of a Hargreaves or Anderson to buy the whole club. Alex Ferguson’s success with the team on the pitch has made the club and name of Manchester United one of the biggest brands in the world. Us fans who can’t let go of the childlike wonder we feel when we see Giggs score a goal don’t care about any of that  and we wince when we see some suit boasting about how Barca or Madrid make less money off the pitch. The match-going fans, of which I no longer count myself these days due to various reasons, are the ones paying for this. They are being ripped off as are fans the world over in many clubs. Fans don’t care about pathetic Sunday Times rich lists and they don’t really want their noses rubbed in the fact that even squad players earn about 30 grand a week. They care about the football. And for 25 years the United boss has given us great football that we can cherish forever. Here’s to you Mr Ferguson!