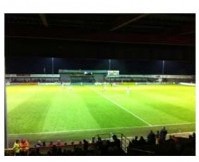 As an arctic wind cascaded through Moss Lane, the stars of Manchester United’s Reserves took to the field to combat a very physical Blackburn side. The game was not one that will go down as a classic but it still provided an insight into the ways of our second string team. Paul Scholes was amongst the crowd as he continued in his role as a coach for the younger teams.

The talk of the terrace was very much focused on the performance of Ravel Morrison at Bolton last week, who deep into injury time snatched a win for the reds with a goal of the highest quality. However, Morrison found himself on the bench for tonight’s fixture with starts handed to Macheda, Diouf and Paul Pogba. The early stages of the match were scrappy with neither side really taking control of the game, until Blackburn hit the post with a skiddy shot from a tight angle. Reece Brown, playing in a defensive enforcer role, picked up a yellow card for a rash challenge before half time.

Half time arrived and the crowd was attracted to the appearance of Phil Jones, who had come down to watch the team; Jones signed hundreds of autographs and posed for many photographs. 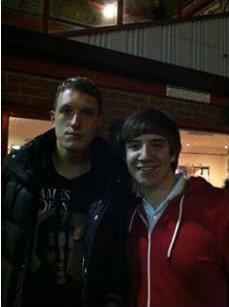 As the second half kicked off, the tempo increased and Sean Mcginty went close with an acrobatic overhead kick, only to be flagged offside. United began to take control, and Davide Petrucci tested the keeper with a powerful shot from distance. There were chances for Blackburn, but the away side never really tested Ben Amos in the United goal. 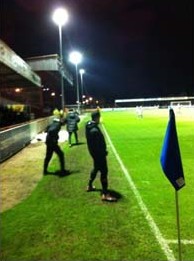 Kiko Macheda then saw his deflected shot go inches wide, but the game seemed to be heading for a dull finish, until Ravel Morrison, last week’s hero, came off the bench with 12 minutes remaining. Immediately, United became an attacking threat, Morrison combining well with Pogba, who had a quiet night by his high standards and Mama Biram Diouf headed just wide. United pushed for another late winner but it was not to be, a rather mundane match came to a conclusion with both sides sharing the spoils at 0-0.

Highlights included a solid performance from the United back four and the bright cameo from Ravel Morrison on another wise dull night in Altrincham. The Reserves continued their good start to the season as they look to progress and perhaps look for a chance in the first team and with next Tuesday’s Carling Cup tie at Aldershot, it wouldn’t be a surprise to see a few of the lads making an appearance in that side.