Unless you were asleep under a rock over the weekend, you would have come across the news that Patrice Evra had accused Liverpool striker Luis Suarez of making racist remarks towards him, at least 10 times during the match Saturday.

When the allegations were made to the FA Saturday night, people immediately signed into Twitter and abused the service with lies and childishness. Some United fans went as far as calling Suarez a racist and a number of Liverpool fans, including a journalist from Liverpoolfc.tv, tweeted a few lies about Evra. However, these lies weren’t made up on the spur of the moment. They came from a poor level of research and journalism.

A certain journalist that works for Liverpool’s official website can be quoted saying: “Patrice Evra has accused racism of three players before today. All three have been cleared.” This sparked a vicious debate between both sets of fans. Not only because it was complete rubbish, but a number of foolish Liverpool fans read it as the gospel and believed him.

The first incident was a heated exchange between Patrice Evra and Chelsea’s groundsmen, which occurred when our players were interrupted while doing their warm-down at Stamford Bridge. Mike Phelan and Richard Hartis claimed Chelsea’s groundsmen abused Evra, not the man himself. As a result, our left-back and Chelsea groundsman Sam Bethell were charged by the Football Association. 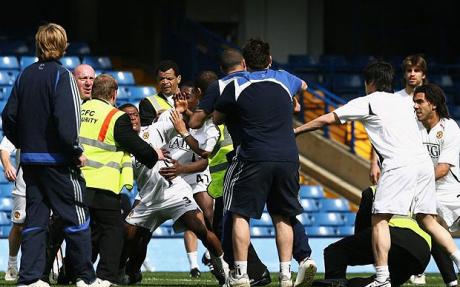 The second incident happened in 2006 and involved Steve Finnan, who played for Liverpool at the time. The police investigated the situation when a section of deaf supporters managed to lip-read the full-back. They accused Finnan of making a racist remark towards Evra. As a result, Greater Manchester Police informed Liverpool they would not be taking any action against Finnan following the allegations. 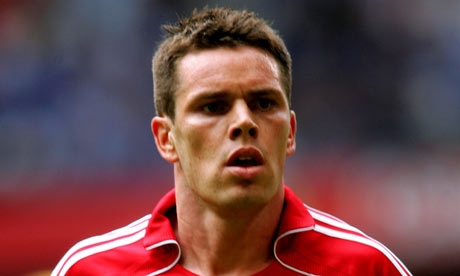 The third incident… There was none. This guy clearly doesn’t know what he is talking about. For example, he said Phil Jones was the biggest myth in the Premier League. It’s ok, at times, to be biased towards your beloved club but that’s just a jealous comment to make.

Where do I stand on the Suarez discussion? He’s innocent until proven guilty. And that doesn’t give Liverpool fans the right to call Evra a liar. Lets sit back and wait for the FA’s response before jumping in head first.