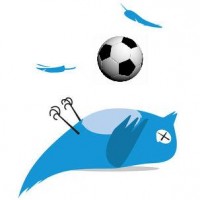 Twitter, a game of opinions right? Well it seems in some cases you are only have a choice of two. Love or hate.

After United’s draw with Basle Tuesday night, a game that at 2-0 the Reds should have cruised home, fans hit Twitter to vent their anger/frustrations/thoughts and a few names cropped up.

Firstly there is Michael Carrick. I like Carrick and I defended him plenty of times last season when he was getting stick despite him doing his job fantastically well. Last season, he sat in front of the defence and anchored. He led all players in interceptions and put up passing figures that Spanish fans would cream over. Last night however, he didn’t do this well. Whilst he looked great on the ball (97% pass completion, 28/28 in the attacking third and more forward passes than backwards) he didn’t shield our defence well and for the spell in which we threw away the 3 points, Basle midfielders were able to run carefree through our midfield and heap more pressure on our shaky defence. Both Carrick and Anderson got lost in the game. Maybe I’m spoilt by growing up with Roy Keane as a central midfielder, who would take a game but the scruff of its neck and wring it like Homer Simpson strangling Bart. Carrick isn’t that sort of player, but he is better at his defensive duties than he was Tuesday night.

So after lasts night game, I give this opinion that he had a poor game and im told that “Carrick haters no nothing” and “blaming Carrick makes you a cunt” to “Carrick is always shit” and “Should have got rid”. WOOAHHH THERE. I’m not a Carrick hater, and although I might be a cunt, surely having an opinion that one player had a poor game doesn’t make me one? NOOOOO I don’t want to join your group of Carrick hating. He isn’t shit and is a valuable player for us.

Why can’t I be a Carrick fan that has an opinion that his defensive side of his game let him down against Basel? Not loving, not hating, just sharing my honest opinion.

So I put my phone down and chill out for a bit. Come back to see what SAF had to say and I see “Rio is past it” and “Rio is old and slow. Best years are way behind him”

HOLD YOUR HORSES. Yes, he had a poor game. And yes, I was disappointed with him. He didn’t use his experience to help young Jones, but past it?

Rio Ferdinand is one of the top defenders in Europe and I have no doubts he will put in a performance or 3 this season to back that up. Does 1 bad game, or shall we say 2 or 3 lapses of concentration really mean you are past it? If that’s the case then Giggs would have retired seasons ago before he found a new lease of life in the middle of the park. Evra had a poor game. Past it. Sell them both as soon as possible. Send them off to Argentina with Carlos Tevez /sarcasm.

Why does it have to be shit or bust?