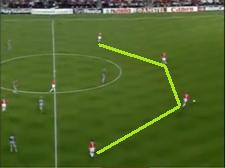 In the year 2011, Manchester United have only started the same back 4 in the Premier League on 3 separate occasions, in 26 games.

In the 26 games, there have been 17 different back four combinations with only 4 occurring more than once. They were

The player breakdown of appearances is as follows: 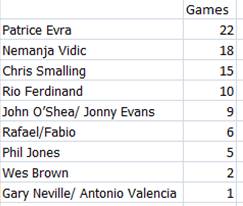 The overall Manchester United record over these 26 games is W18 D4 L4.

Although, it doesn’t indicate too much as some players played few games and the difficulty of the fixture cant be shown, just for fun, here are the records for the players. 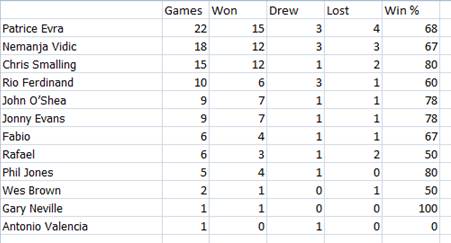 Let’s hope we can soon have the return of a fit squad and a solid back 4. If I had to pick from a fully fit back 4 I would go – Smalling, Ferdinand, Vidic, Evra (Jones is pushing Rio very hard to start however).