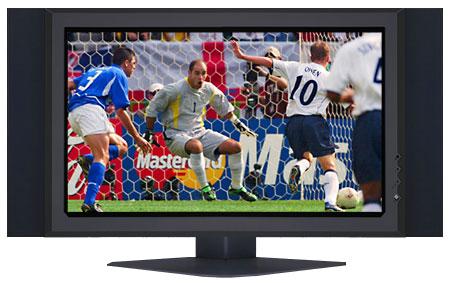 The fascinating thing about Alex Ferguson’s remarks about football and television is that here is a manager that actually remembers football in the days before television. While most managers today were actually consumed while their mom and dad were making out in front of a telly.

Ferguson of course was not ranting about the telly itself but about broadcasting companies. That you can read for yourself.

But here are five things the telly itself has changed:

1. It eliminated tactical secrets. When the Hungarians came to London in 1953 the English reaction was “blimey, number 9, number 10 and number 8 are not where they should be! We’re 2-4 down by the way, and it’s only half time.”

2. It contaminated football with endless discussions of referee decisions. Seriously, let go! What the telly has proven is that football is an un-referee-able game. Television is of course the solution – they should just use it for key decision – but it has become part of the problems. Players are educated to understand that cheating pays off.

3. It has created trends of idiotic goal celebrations.

4. It has given us better stadiums. Stadiums in 1950 were not better than the Colosseum in Rome (opened: hell of a long time ago). But now we have the option to stay at home in front of the telly – so stadiums have to be better.

Well… apart from parts of the world where people don’t go to the local stadium because they can watch “Man U” on the telly. I think telly actually created horrible abbreviations like “Man U”, because people saw them first on the square box.

5. Finally, people stopped making out in front of the telly. They realized football is better than sex.