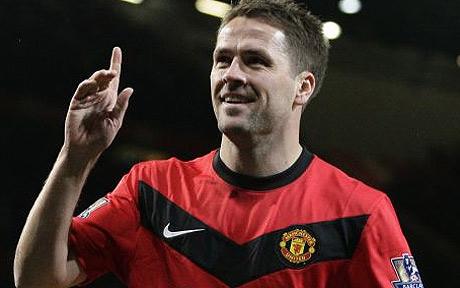 Michael Owen came out yesterday, after the trip to Stoke, dismissing idiotic claims that he joined Manchester United for the money. Whoever made up those rumours obviously forgot how Owen signed on a pay as you play deal, due to the amount of injuries he picked up at previous clubs.

“It’s obvious I’ve had a good career and earned money,” said Michael Owen. “The last thing I thought I’d be accused of by going to Manchester United was doing it for money. I could have gone to lots of other clubs and earned more. The attraction from Man Utd’s end was that they could get a free transfer and use their name and their ability to win trophies and their kudos to attract players such as me. That’s where they’ve got an advantage, where they wouldn’t have to pay bigger wages. At other clubs a wealthy investor might have to pay twice as much as everyone else because if they don’t they won’t get the player. My situation is the opposite. I’ve been attracted to the club by the players, by the manager, the ability to win things. Money is not the motivation. I’ve had a great career. I’ve done really well. My management company concluded the deal with United in hours. That shows you. I wanted to play under the manager and in a fantastic team. I just can’t believe how many people think otherwise.”