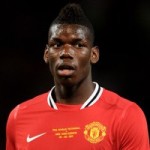 In the summer of 2009, Manchester United signed Paul Pogba from Le Havre, a French football club that currently play in Ligue 2. HAC have a youth academy system that can be compared with the very best, i.e, Barcelona, Ajax, Bayern Munich. Some of the players that came through their ranks are currently playing at the peak of European football. Particularly Lassana Diarra, the Real Madrid midfielder.

Having an incredible youth system and being in the lower French division, you can only imagine how difficult it is for them too keep their top players. When big clubs like Manchester United come around and show interest in a youngster, he usually jumps on the plane without asking many (if any) questions. As a result, the smaller club’s president is left furious wondering what’s the point in football. Some are just after sympathy from FIFA, who they hope will pay a compensation fee for their troubles.

Unfortunately, a lot of people get the wrong idea when it comes to Paul Pogba’s situation. When the French midfielder signed for Manchester United, Le Havre published an article on its website headlined: “United steal Pogba from HAC”. This was an over-exaggeration from Jean-Pierre Louvel, the club’s president that hit out at “those robbers from England”. He also questioned the point in developing youth academies, in an exclusive interview with the Times.

People thought it was happening again. A big club, like United, came in and took an upcoming star from a small club. They were wrong. This was a rare situation, so rare that when you finish reading this piece you will question Louvel’s job. He should have known better before hitting out at us like that.

Pogba signed an non-solicitation contract at France’s oldest club, Le Havre. This type of contract only protected HAC from losing him to another French club, that doesn’t involve clubs from different countries. Who’s fault was this, then? Louvel’s. He, obviously, didn’t do his homework.

Another factor of his move to England was the treatment he got from the French club, his parents weren’t satisfied about Le Havre’s education policies, therefore, they felt their son was falling behind. They lost trust, so United came to save the day. Louvel complained to FIFA. Nothing came of it, because they noticed how he lost the plot.

Pogba made his first team debut in the Carling Cup against Leeds, Tuesday night. He certainly made an impact when brought on as a substitute, showing great strength and composure. Lets hope he gets a few appearances in the Premier League, this season.

16 responses to “The Paul Pogba situation: What really happened?”