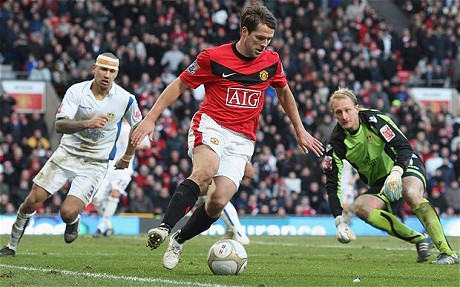 The third round of the Carling Cup has a hard-boiled game lined up with United taking a short journey across the Pennines to face old-rivals Leeds. With the horrid memories of that FA Cup upset 18-months ago still in the back of our minds, Ferguson knows how important a victory will be tonight.

The sheep are currently sitting 11th in the Championship and Simon Grayson’s side aim to be battling for promotion to the top flight, where they would face the real United at least twice every year. However, they haven’t had the best of starts to the season picking up just 10 points from their seven matches so far. Although, Saturday’s 2-1 win over Bristol City may give their confidence a boost going into this fixture.

Sir Alex Ferguson is expected to start a number of youngsters tonight due to the high number of injuries we’ve already suffered this season. Everybody seems extremely excited about the possibility of seeing Paul Pogba in action. The French midfielder was a member of the squad that lifted the FA Youth Cup last season.

Ryan Giggs, who knows what its like coming to a big club at such a young age, called on the young players to make use of their opportunities and stake a claim for a first team place.

“There are young players coming through at United but this is an important part of their career,” Giggs told MUTV. When you look at the lads who came through in my age group, then those who followed; Wes Brown and John O’Shea for instance, when they got their chance, they took it.

“Once you hit 17, 18 and 19, that is what you have to do. It doesn’t matter whether it is if you get a chance to train with the first team, or in a match as a substitute, you need to make an impact. You need to force the manager not leave you out of the next game.”

Giggs is expected to be involved tonight, setting the standard for the young lads.

The sheep are without Australian defender Patrick Kisnorbo who will be serving a one-match man following his sending off against Bristol City. Other than that, Grayson has a full squad at his disposal but he will have Friday night in the back of his head – Leeds travel to the Falmer Stadium where they face Brighton.

The real United, on the other hand, have suffered plenty of injuries in recent weeks. Therefore, Ferguson is expected to play a youthful team, including Paul Pogba and Will Keane. Keane will probably partner Michael Owen up front, and I’m sure we’ll see Giggs at some point to give Pogba some guidance if needed.

Leeds will play with a hearty spirt and try to frustrate our youngsters, who will run rings around them. I’m predicting a 3-1 win for Ferguson’s men.