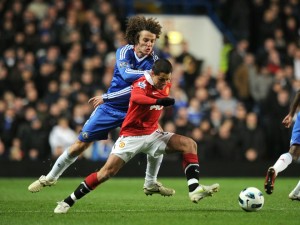 For all the big games we promised to interview an opposition supporter in attempt to balance views on the blog. This week, Stretty News interviewed Paul Walsh from an up and coming Irish band, called Royseven. Here’s a song from their latest album, called ‘Killer‘.

Chelsea currently sit third with 10 points from a possible 12. Without any stand out performances, where do you see your biggest weakness?

I think that, considering it’s a new regime, 10 from 12 is not a bad points tally. We started in blistering form under Scolari and look where that got us. I don’t think we have weak areas on the pitch where players are concerned, I do think that tactically and formation-wise, there is still work to be done.

The spotlight has been on Fernando Torres since he signed for the blues, last January. Do you still have faith in the drag queen, who recently criticized Chelsea’s midfield live on Spanish television?

If he did indeed say those things, I think it’s both naive, and unfair to his colleagues. However, since the start of the season AVB has been playing him out of position, as he’s spending too much time on the wings or in midfield areas. In the recent Leverkusen game, he returned to that central lone striker role with the midfield feeding him and he looked more potent and alert than all his previous Chelsea appearances. I hope that continues.

This time last year, Chelsea were scoring goals for fun looking untouchable. All of a sudden, that changed and we marched on to win the title for a record-breaking nineteenth time. How do you fancy your chances this season?

I don’t think we’ll win very much this season and I reckon we’ll come 3rd in the premiership. However, If we can maintain some managerial stability and give AVB time to build a squad and a player mentality, I don’t mind. I think we’ve needed that since Mourhino left.

Last season, we had it easy against Chelsea in a later stage of the Champions League. Have Chelsea improved enough to prevent such a walkover happening again?

Sadly, I don’t think so, not yet at least. My one big concern is about the positional sense of the team, I’ve seen them scrambling like terriers after the ball (which is dedicated) but as a result, falling out of position and leaving space for the opposition, and I think, especially in defence, we’ll be made to suffer for this. Our defence/defensive midfield, isn’t positionally strong enough yet(but the players are).

Roman Abramovich’s obsessiveness with the Champions League is clear as day. Will this be Chelsea’s year in Europe? With such a huge amount of money invested in one club, it must be embarrassing to have no European success whatsoever.

I wouldn’t call it embarrassing, we’ve never won it so we don’t have a collective memory of what it feels like, so therefore, as fans, we don’t miss it. I think that over the past ten years or so, all of the clubs battling it out in the top three/four have spent large amounts of money, and there have been several transfer windows where Chelsea didn’t splurge at all. I don’t think any of us believe that you have to spend ridiculous amounts of money to get a trophy winning side. It’s more about mentality, desire and on-field organization.

In one of our most recent league fixtures against Chelsea, you lot received a lot of support from the officials. If you don’t remember; David Luiz escaped a definite sending off and you were awarded an extremely controversial penalty. Will they help you beat us again?

It’s hilarious to hear United fans saying that. You guys have your own time zone with added Fergie time (AFT). I think the entire premiership would agree that United have received more “assistance” from lenient ref’ing than any other side in the short history of the league. So, you win some you lose some. In Old Trafford though, I expect you to have the rub of the green where ref luck is concerned.

We’ll finish off the interview today, by thanking Paul from Royseven for his answers. Here’s his scoreline prediction:

We’re going through a time of change, we’re still not solid at the back, and United are banging them in. I think it’ll end 4-2 to United, sadly.

One response to “A View From The Enemy: Paul Walsh from Royseven (Chelsea)”