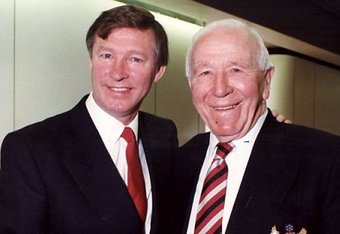 Ever since the glorious days of Sir Matt Busby, Best, Charlton and Law, Manchester United has always looked to follow a strict rule of imaginative, passionate football, powered and led by youth. It wasn’t however until the emergence of a new Scottish managerial legend that this returned to the club with real success. Under Sir Alex the world witnessed a Manchester United, reborn and reignited by those famous six players, and with only one now remaining at the club, quite fittingly the one that started it off, it has given United an opportunity to return to its roots and allow the trust of the biggest club in the world into a younger generation.

Way back in the early days of the Premier league, when football cared more for history and ambition, than it did for today’s extortionate levels of fortune, a big change occurred in the ranks of the Manchester United team, a team which had won two of the first three seasons. It was the brave decision and chance of Sir Alex Ferguson to look back at what made this club hold such an illustrious reputation, and to try and propel himself into the ‘god-like’ status only Sir Matt held at the Theatre. This decision was to conduct an exodus, unimagined by anyone in the game, of the experienced playing staff at the club. Over only a couple of seasons, the likes of Ince, Robson, Anderson, Kanchelskis and Hughes left the club with their replacement to be trusted from within.

Sixteen years later, with our trust so firmly in the man who, to so many, shall forever hold the mantle of ‘greatest ever manager,’ we witness it again. Sir Alex has tried to conjure his final hurrah. With six key, experienced members ending their United careers with the club in one summer, he saw this as his ‘Busby moment’ yet again. Instead of splashing sickening amounts of money, like our cross-city rivals, he showed his faith in signing, and promoting, youth. It is with this, that Sir Alex, and Manchester United, looks not to replace and copy the success of the last sixteen years, but instead to create their own. This then leaves me with the feeling that the motto of the first great English club, the club which is echoed throughout the leagues, now has more meaning than ever again, with its dedication set on youth, courage and success.