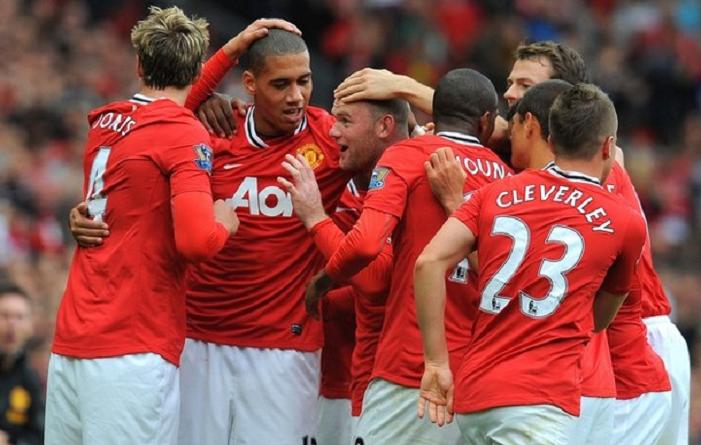 It’s been a long time since I was last here, typing for Stretty News – nearly three months, in fact. Since then, we’ve seen the transfer window close, the Premier League season begin, and this week sees the start of the Champions League. So what’s happened in the last three months then?

Well, in actual fact, not a lot. We toured the US, we signed a couple of players, and we’ve played a few games to kick off the season. Doesn’t sound like a lot when it’s written like that, so let’s get more descriptive.

We toured the US, picking up thousands of fans along the way, and showing America that ‘soccer’ can be played to a standard where you are in awe of every kick of the ball. We signed three world-class young players, all of whom have started their United careers in the way of future legends, showing every team in the Premier League why we’ve won 12 PL titles. We’ve also played four games in the PL – dismantling Bolton, running circles round West Brom, and putting three past a very mediocre Spurs. Oh, did I not mention the total destruction and annihilation of Arsenal’s ‘youngsters’ – whose average age was in fact actually older than that of United’s?

At this point in time, we really do look unstoppable. We’re playing with a hunger and a drive that hasn’t been seen at Old Trafford for a very, very long time. Some say this could be the foundations for Fergie’s greatest squad. Others have in fact stated that this could indeed be the team to beat the mighty Barcelona. Most United fans are, however, waiting with baited breath, just hoping and praying that this really could be the year.

We’ve settled very quickly into the Premier League season, but so have the blue half of the city we call home. It’s looking like Manchester will hold the top two clubs in the land – certainly if this pace continues. Chelsea have started slowly but will almost certainly pick up once Villas-Boas begins to tear that ‘auburn’ hair out, and John Terry finally stops throwing his toys out the pram and gets on with playing for a team that quite rightly is regarded as a top two club.

But what about the Champions League? Come Wednesday night, that music will start to play and goosebumps will be across the necks of United fans up and down the country.  Benfica are looking lively so far this season, sitting second in the Primeira Liga with 10 points from a possible 12. There are plenty of players that could cause United problems, especially bearing in mind we’re playing away. The Estadio da Luz becomes a cauldron on European match nights, and can become more fiery than the inevitable flares we’ll see in the week.

As a club, we’re knows to always strive for more, and never rest on our laurels. This season, the wave of high morale could drop at any moment, and leave us floating back to square one, and we know full well Fergie won’t allow that. I mean, everyone knows hairdryers and waves don’t mix well…

The point of this article though, is that we can’t measure quite how far we’ve come so far this season, because we’ve just continued exactly where we left off last season. Yes, we were picked apart by a Barca team widely regarded as one of the greatest football teams of all time, but look at the success we had domestically. Look at the Champions League quarter-final second leg against Chelsea.

Measure this team on how well they’ve become one. They’re a unit, not eleven nutjobs running round the pitch. They’re at the top of their game, and right now, they can only continue to grow, impress, and continue to become a wonderful team to watch.

2 responses to “What A Difference Three Months Makes…”