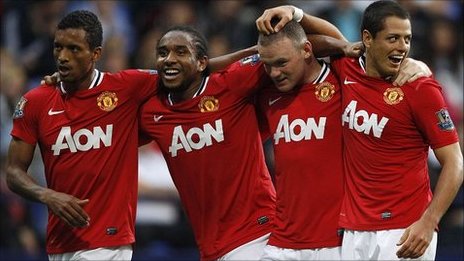 Manchester United are currently playing some of the best football that I have seen from them in years. This is the type of football that every United fan craves, free flowing, attacking football with relentless passion for goals and subsequently, victory. Performances that carry Sir Matt Busby’s famed mantra of ‘just go out and play’ and not only that but a new United side packed full of youthful exuberance.

The transformation has been nothing short of sensational. The change has been signified by the fact that at five-nil up with half an hour to go at the Reebok Stadium our thoughts were ‘it could be another eight here’. At the same fixture last year when United stumbled to a 2-2 draw at the same place we would have happily settled for a comfortable 2-0 win, never mind five and that goes for the majority of our away games last season.

I have been astounded by how well our youngsters have adapted to life at United, of course we saw Danny Welbeck and Tom Cleverley do very well on loan at Sunderland and Wigan respectively however turning it on at the Theatre of Dreams is another matter entirely. The surprise has been that they have not only adapted well to the set-up they have been pivotal figures in United’s fantastic start to the season forcing more experienced heads such as Michael Carrick, Ryan Giggs and last seasons top goal scorer Dimitar Berbatov to places on the bench. Further to that new signings Phil Jones and Ashley Young have excelled and despite an uncertain start David De Gea has shown he has the capability to be a top United goal keeper, particularly against Bolton where his distribution easily equalled van der Sar’s and he’s only twenty years of age, frightening.

Now, don’t get me wrong I would have loved to have seen Wesley Sneijder arrive at Old Trafford and I am not one of those fans carrying the mantra of ‘who needs Sneijder we’ve got Cleverley’ of course I am a Cleverley fan but to suggest Sneijder wouldn’t have been a good acquisition is completely ignorant. However I am so pleased that United are showing Championship winning form (albeit early days in the season) without having to splash big cash on one particular player, we’ve spent reasonably (in modern footballing terms) and have bought largely unknown quantities, save for Young, who have come in immiediately and have done extremely which is another case of brilliant buying from Ferguson.

I’m writing this in as much disbelief as I am excitement as although I was confident in the United squad the Reds are notoriously average/poor starters and with a large chunk of experienced heads shipped out in the summer I was unsure as to whether or not it may take a number of games for this new United team to become accustomed their surroundings, the Community Shield changed all that. The way our youngsters took apart a talented City contingent to come from two goals behind to win 3-2 United’s support excited, this was the future, today. Furthermore any concerns that the game against City was a one off have thoroughly been blown out of the water since with nineteen goals score in only five games this season with six conceeded.

The arrival of a exciting new crop of youngsters is very exciting for the future of course, but this does not automatically mean that players like Fletcher, Carrick, Park and Valencia have all become redundant, not at all. There will be times this season where the inexperience of the likes of Jones, Evans and De Gea will show and it will be up to the older heads like Darren Fletcher and Michael Carrick to sure up proceedings. Even as soon as Benfica on Wednesday it appears United will be without Tom Cleverley with a reported broken foot (reports unconfirmed at the time of writing) and it is likely Michael Carrick will come in. Carrick must also be commeneded for his performance at the Reebok, he and Anderson did a great job in protecting the back four and then feeding the attacking contingent of Nani, Rooney, Hernandez and Young. It might be an unflattering job that will not make the headlines but it is all important none the less. This is why I believe United currently have the perfect blend within their squad, you only had to look at the names who didn’t make the squad and the names who are injured to show the strength in depth of the team, not only in numbers but in quality.

Of course the last word must go to Rooney who has been simply sizzling since the seasons start, playing the best football of his career for both club and country but we must take heed. United’s blistering start to the season bears hallmarks with that of Chelsea’s last season who embarked on an impressive early season winning run only for a mid season implosion to de-rail their campaign beyond recovery. Now I’m not saying this will happen at United but tougher tests are yet to come and there will be times when the Reds aren’t at optimum performance and it will be those games that will determine our credentials as potential double Champions.