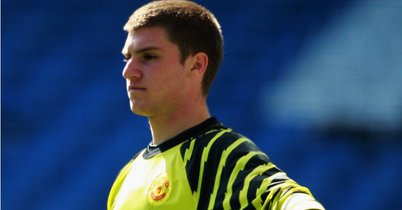 On Friday, another young Manchester United player left the club on-loan. This time, 18-year-old goalkeeper Sam Johnstone joined Scunthorpe United on a loan spell that lasts until 8 October, with an option of extending the deal.

The forever improving shot-stopper was apart of the team that won the FA Youth Cup last season. He was also a member of the team that flew out to America during the summer for our pre-season tour. Sadly, he returned home when David de Gea arrived. However, in Rio Ferdinand’s video diary, the England U-19 international explained what he learned from being ‘the big guys’.

Sam now hopes to gain first-team experience with the League One club, who are currently sitting 19th in the league table.

Speaking to The Iron Player (Scunthorpe’s official website), Johnstone said: “I think it’s what I need,” said Johnstone. “The experience at quite a young age will be good for me.

“Hopefully we’ll do well and I’ll get some games under my belt.

“Since I was 10 years old, I’ve been used to Manchester United, the same environment, the same people. You’ve got to come to a club and grow up and be a man.

“I went to see Sir Alex Ferguson and he told me to concentrate, do well and just enjoy it.”

“Oliver Norwood (another Manchester United youngster on-loan at Scunthorpe) told me before that Scunthorpe had asked about me, but I only found out on Wednesday morning from United’s goalkeeping coach Eric Steele and the gaffer at United.”

I’m sure there will be a few United fans, including myself, watching The Iron Men throughout the season wishing both Oliver and Sam the best in their development.