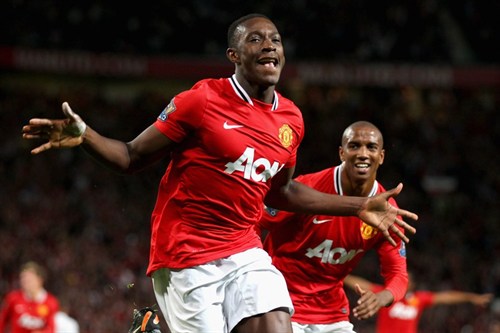 I’m sure he won’t mind me name checking him (hopefully) as he poses an interesting argument. This week BBC Manchester’s Liam Bradford took to weekly show Red Wednesday to chastise Danny Welbeck after what he perceived to be an ‘atrocious performance’ against Spurs on Monday. My initial reaction was surprise considering Welbeck was awarded Sky’s Man of the Match award and had shone after netting United’s first in a 3-0 win and my surprise continued as Liam let rip and pulled Welbeck’s performance apart. Having scoured the forums Liam’s opinion differs drastically from a large chunk of the United supporting faithful, but why such a contrast of thought?

Intrigued I decided to watch the game back and analyse Welbeck’s performance as calling a player’s game atrocious is a pretty strong claim, however it must have come from some aspect of his display.

Admittedly whilst watching the game at Old Trafford on Monday night Welbeck was one player who did come in for some criticism from sections of support around me in the first half. One bloke in particular who was sat behind me spent the entirety of the first half screaming for Ferguson to “get him off!” thinking about it I never got a look at the bloke’s face and I’m starting to think it was Liam himself! If not they should definitely be introduced. From my own perspective my opinion on Welbeck was not as forthright as Liam’s or my mystery friend from the East Stand however I did think  that he hadn’t really offered much in the first half. I didn’t deem Welbeck’s showing to be a bad performance more of a ‘nothing performance’. One accusation that Liam made was that Welbeck looked leggy and one paced and as he began to seethe on the BBC Manchester airwaves my thoughts did flash back to a slow looking Welbeck being outpaced to a through ball by Benoit Assou-Ekotto, so perhaps Liam has a point.

However, it is important to note that in the first half there was little cohesion, positional wise at least, between Rooney and Welbeck. When United operate with the first choice strike partnership, Rooney and Hernandez, usually Rooney will drop back into midfield while Hernandez keeps the defenders occupied up top. However in the first half Welbeck and Rooney were both dropping back into midfield leaving a huge gap between them and the Spurs defenders making any through ball put through a tough ask for either Welbeck or Rooney given the head start the defenders would have had. This changed in the second half when the two began to alternate position and United’s formation altered to a 4-4-1-1 system when defending, this enabled either Rooney or Welbeck to come deep and collect the ball and move forward with whilst the other would be pushing the defenders back creating space for the attacker. A good example of this was mid-way through the second half when Welbeck picked the ball up, played a neat one two with Rooney before charging past Niko Kranjcar who had to bust a gut to even get near Welbeck and still failed. This shows that Welbeck is capable of beating a defender through pace alone and as Ferguson reffered to after the game he is like a ‘galloping horse, when he gets going’. In other words he may not have off the mark explosive speed like Hernandez but can still reach a good speed but at a slower rate that might makes him appear slow. Having said that even Hernandez would have struggled to make up the ground if he was playing as deep as Welbeck in the first half, so perhaps it was more of a little inexperience in terms of positional sense that cost Welbeck in the first half rather than a distinct lack of pace.

The issue over pace is one where I could appreciate Liam’s argument as it is not the first time that I have heard that claim over Welbeck from a United supporter however  one argument I could not concur with was one that was put over in the most humorous of methods. Apparently Welbeck has the ‘touch of a baby elephant!’ funny but off the mark in my opinion, throughout the second period and even in his less effective first period Welbeck was directly involved in one of the few chances created by United in the first half, beautifully cushioning down a cross from the left before laying off for Rooney who crossed for Young who headed just wide with Friedel beaten. In the second half he again controlled well before spraying to Young which eventually led to a double save from the excellent Brad Friedel, he also flicked on a ball from Jones which shifted the ball above the waiting Dawson and directly into the path of Ashley Young whose speculative volley flew over. In fact on second viewing I only counted four occasions where Welbeck’s touch was suspect and only on one of those occasions did United lose the ball. Without doubt Danny’s performance did improve in the second half and in particular after his goal, he was slightly hit and miss in the first period and played in a similar fashion to how he had played against West Brom, flashes of good play but not enough. This may be seen as me being slightly contradictive however my argument was not that Welbeck was actually brilliant throughout but showed great character and resolve to put in an excellent second half performance after a tricky first half. Fortunately the confidence surge gained after his goal enabled the young Mancunian to show us the best of Welbeck and showcase why he has played above his age group at every level.

Interestingly enough despite using a few minutes of precious air time to pull Danny Welbeck apart Liam did jump to the defence of another United youngster David De Gea who despite a fairly solid performance was subject to lines in the media such as ‘United’s attacker’s spare De Gea’s blushes’. I 100% agree with Liam in his condemnation of these comments however there were two moments as the game drew to a close where the Spaniard did seem to lose the concentration that he had maintained throughout the ninety minutes one of which where he came for a cross, completely misjudged it and the mistake almost cost United a goal as Spurs hit the post. A fortunate moment for the twenty year old stopper however this one mistake did not make his performance atrocious nor did Welbeck having a slow and pedantic first half and misplacing one or two passes. Without doubt his performance as of sixty minutes was worthy of the man of the match award (although I do still think it should have gone to Phil Jones but that’s another argument). Perhaps Liam needs to take his own advice and give Welbeck a little more time to accustom to first team football at Manchester United. However I would say that if scoring one goal and setting up another was atrocious, I can’t wait to see Welbeck on top form! 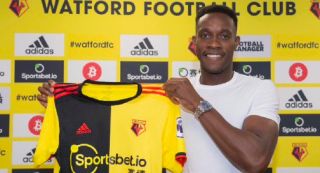